3 things to watch in the upcoming La Liga weekend

The race for the La Liga championship is heating up. Even though Barcelona seems out of the race, many other teams will be in the fight. Teams like Sevilla, Real Sociedad, and possibly even Real Betis will join Atletico Madrid and Real Madrid in the championship race. Some of these sides have big games in the upcoming weekend, so here are three things to watch in this La Liga matchday.

The battle between Real Madrid and Sevilla a couple of weeks back was one of the best games in the young La Liga season. It was only through the sheer magic of Vinicius Jr that the leaders got the win at their home turf. This time, it will be the La Anoeta in the Basque that will see a huge game this Saturday. Real Madrid is facing Real Sociedad in a pivotal match for the ongoing race for the first place.

Real Sociedad is currently seven points behind the leaders and will need a win to stay in the race. Of course, there are still many games left to play, but ten-point leads are usually insurmountable. It will not be easy for the Basque team, as Real Madrid has won seven in a row in all competitions. Regardless, the team led by veteran David Silva will be hoping that Real Madrid will be reeling from playing in a tight schedule.

La Liga has usually been a two-horse race, with Atletico Madrid just joining the fray in the last couple of seasons. However, now many teams have realistic hopes for the title. Real Madrid is the frontrunner, with a seven-point lead ahead of Atletico Madrid (with a game in hand), and they are hoping to continue their good fortunes. Vinicius and Benzema are leading the goal-scoring race and they are both in the form of their life at the moment. Fatigue might be an issue, but coach Ancelotti has a plethora of options on the bench, so Los Blancos are hoping for a win in this match.

The Catalans have not had the best La Liga start, but Xavi has certainly rejuvenated them. They trail Real Sociedad by only six points after winning both of their last two matches.

It is worth mentioning also that Sociedad will have 16 games played after this weekend finishes and Barcelona will have 15. With a win in this match, Xavi and his squad would inch closer to a top-four finish —  a realistic goal, considering the strength of their roster.

Their opposition, however, will not be easy. Betis is a squad that surprised many, as they are currently in fifth place and only two points behind Champions League football. Coach Manuel Pellegrini made this team of veterans play some beautiful football, with a strong attack that scored 25 goals this season. For the second club in Seville, Betis will be hoping that their La Liga campaign can end up in some European football again.

This game will be fairly tight, as both teams are fairly similar in how much they score and how many goals they concede. It could be a thing of home turf advantage, but the most realistic outcome will probably be a draw. If Barcelona wins, however, their chances to make it to the top four would definitely increase, while Betis might be trumped by Rayo Vallecano in the standings. If Betis wins, Barca’s road to La Liga’s top four will get even more difficult, while Betis would still have a realistic hope of staying in the fight. 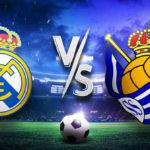 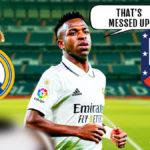 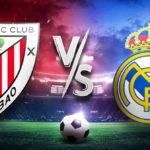 Prior to the season, a matchup between Rayo Vallecano and Espanyol would have people thinking of two teams fighting to avoid relegation. But here we are about to see both teams squaring off in a meaningful game.

Rayo Vallecano, led by veteran Falcao, are enjoying one of the best starts to a La Liga campaign in the history of the club. They took points of Barcelona earlier in the season and almost came back to do the same to Real Madrid. This is a dangerous, compact team that can surprise anyone on their day, and that is why they are above Barcelona in the standings and in the fight for Europe.

Espanyol has also enjoyed a solid start to the La Liga season. They are usually known as a team battling relegation, as evidenced by their relegation in the 2019-20 season. However, while not ideal, they are currently on 20 points from 15 matches, only three points behind city rival Barcelona and four points behind Rayo Vallecano which holds the last European spot. The veteran team has made every team work hard for their points and even won at home versus Real Madrid earlier in the season.

This match will not be the most attractive, but it holds a lot of relevance for the La Liga standings. Should Espanyol win, they will be just one point behind Rayo and completely in the fight for Europe, in the same season they got promoted to the first league again. Should Rayo win, they will be cementing their place in the standings and showing that their early season form was not a fluke.