3 worst trades ever made at the NBA Trade Deadline

The goal of every NBA team is to make the NBA Finals, and they’re more than happy to do that with what they’ve got. Whenever the trade deadline approaches, there are teams who are more than willing to make moves in order to get the piece they lack for a successful run.

While trades ideally are made to serve the purpose of the respective parties well, some trades are so lopsided or shortsighted that one of them easily ends up in a worse situation than before. In fact, some of these deals turn out to be robberies in broad daylight.

Here are three of the most terrible trades ever completed during the NBA trade deadline.

Look at the trade from a distance, it looks so lopsided. Why would the Blazers trade one of the best wing players to ever don their jersey to the 1994 NBA champions? However, the situation surrounding the Rockets that year made the deal look like a good idea.

For some reason, Houston was struggling to get things together during this time. Things weren’t clicking, and the defending NBA champions seemed to on the verge of missing the playoffs. The trade for Drexler was necessary for Houston to secure the 1995 championship as the No. 6 seed.

However, what makes this deal terrible is the players they had to give up: Otis Thorpe, Marcelo Nicola, and the Rockets’ first-round pick in the 1995 Draft. No important players were given up up in exchange, allowing the Rockets to make a deep run to the playoffs that ended in a 4-0 sweep of the Orlando Magic.

Steve Francis was once the face of the Rockets after Olajuwon’s era, but he was nothing but a shell of himself in 2006. He was averaging 16.2 points, 4.8 rebounds, and 5.7 assists during his time with the Magic, way lower numbers compared to his peak years.

However, Isiah Thomas thought that it would be a good idea to make a trade for him at the 2006 NBA trade deadline. He offered Anfernee Hardaway and Trevor Ariza in exchange for Stevie Franchise. The Magic, who were uncertain about paying a big contract to a player who wasn’t producing star-like numbers, were more than happy to take the deal.

This trade was easily one of the worst deals Thomas made in his short stint as GM in the Big Apple. 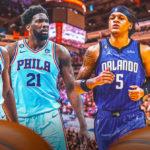 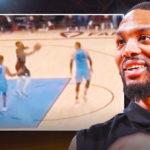 Ask any Laker fan where they were when the Pau Gasol trade happened, and they might have been able to tell you the exact time and location where they were. This trade is most likely the only reason why Kobe Bryant finished his career wearing nothing but purple and gold.

The Lakers shipped over a huge number of people to the Grizzlies in order to get their franchise big man. They sent Kwame Brown, Javaris Crittenton, a young Marc Gasol, and their first-round picks in 2008 and 2010.

While the younger Gasol turned out to be a stud, he wouldn’t win his NBA championship with the Grizzlies. More confusing was that they didn’t force the Lakers to give up Andrew Bynum or Lamar Odom in exchange.

This trade singlehandedly allowed the Lakers to get the two championships that secure Kobe’s place as one of the best to ever do it.