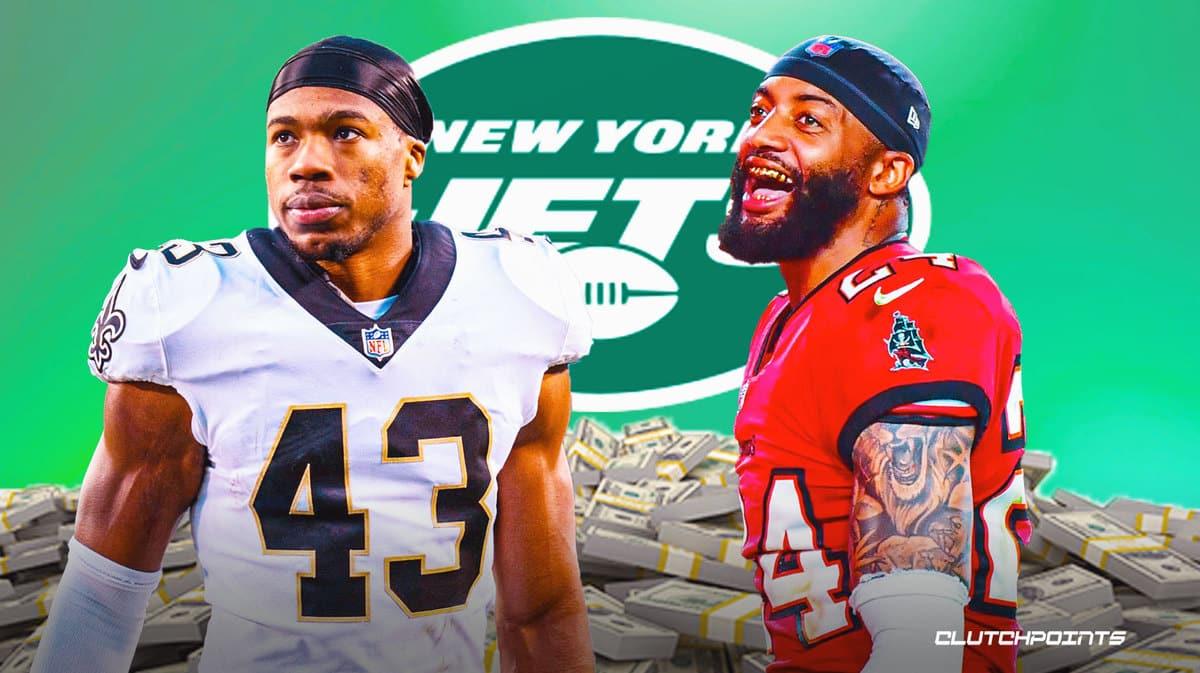 The New York Jets currently rank second in salary cap space heading into the 2022 offseason, with over $48 million in their pockets. With that kind of flexibility in mind, many believe that the Jets and general manager Joe Douglas will be aggressive in the free agent market, looking to fill as many holes as possible for head coach Robert Saleh heading into the 2022 NFL Draft.

The 2022 rookie wide receiver class looks to be one of the best in recent memory, so expectations are that the Jets won’t be as aggressive on offense in free agency. This ideology fits with Saleh’s defensive mind, allowing for the Jets to almost completely retool the defense before April’s draft in Las Vegas. Below are the top available players the Jets must target to win the offseason, and set the franchise up to compete in a very competitive AFC East.

Last week the Seattle Seahawks made the unpopular but not unexpected decision to release eight-time Pro Bowler and defensive pillar Bobby Wagner. Wagner, who will be 32 before the 2022 season begins, starts the next chapter of his career after 10 years in Seattle. If his last season as a Seahawks is any indication, Wagner still has a lot left in the tank. He racked up 170 tackles in 16 games which is a career-high and was named to the All-Pro team.

Wagner also has some background with New York Jets head coach Robert Saleh, as Saleh was the Seahawks defensive quality control coach from 2011 to 2013, and helped guide Wagner and the rest of the Legion of Boom to a Super Bowl championship. With likely more money to offer Wagner than most, the Jets may have to rely on luring Wagner financially as opposed to being a contender.

San Francisco 49ers guard Laken Tomlinson may not be the best guard on paper in this year’s free agency class, but he could easily be the best bet to be a “plug and play” player for the Jets. Tomlinson spent four years in San Francisco with Robert Saleh and Jets offensive line coach John Benton and would be able to pick up Jets offensive coordinator Mike LaFleur’s offense in short order.

The only caveat is that Tomlinson will be 30 this season, and is on the back nine of his career. That being said, his contract should be among the best values when it comes to offensive lineman this offseason. Pro Football Focus has its market value set at $10.5 million per year for Tomlinson, in the neighborhood of three seasons. That sort of contract would bode well for the Jets, as the right guard spot is currently vacant, and having an anchor in place as they develop their offensive line through the draft could prove paramount.

The New Orleans Saints surprisingly opted to not use their franchise tag on any players this offseason, leaving tackle Terron Armstead and free safety Marcus Williams available to test the free agency market. With the New York Jets lacking a true center-field type of safety in their zone-oriented defense, Marcus Williams could certainly fill that void. Williams would certainly be a top-tier signing for the Jets, given that he’s only 26 and entering the prime stages of his career.

In his five seasons thus far, Marcus Williams has 15 interceptions and 38 passes defended and shown time and time again his ability to make up serious ground to defend the deep ball. If the Jets could add Williams to Bobby Wagner and another young physical cornerback, the Jets could take on a very Legion of Boom-eqsue blueprint. Something Robert Saleh would love to see in the Big Apple.

Previously we discussed Carlton Davis and his best landing spots for this upcoming season. The New York  Jets were the top team on that list.

According to Pro Football Focus, 25-year-old Carlton Davis ranks as the highest-rated cornerback of the free agency class after JC Jackson. In his 10 games in 2021, Davis defended 11 passes and had one interception, only allowing 57.1% of his targets to be completed. Jets head coach Robert Saleh loves to play Cover 3 and Cover 4, which is where Davis also thrives. According to PFF’s Arju Menon, Davis ranked better in zone coverage despite his physical outside corner play style.

While injuries are a concern for any team signing Davis to a long-term deal, the former second-round pick when healthy remains a top-tier talent in today’s pass-happy NFL.