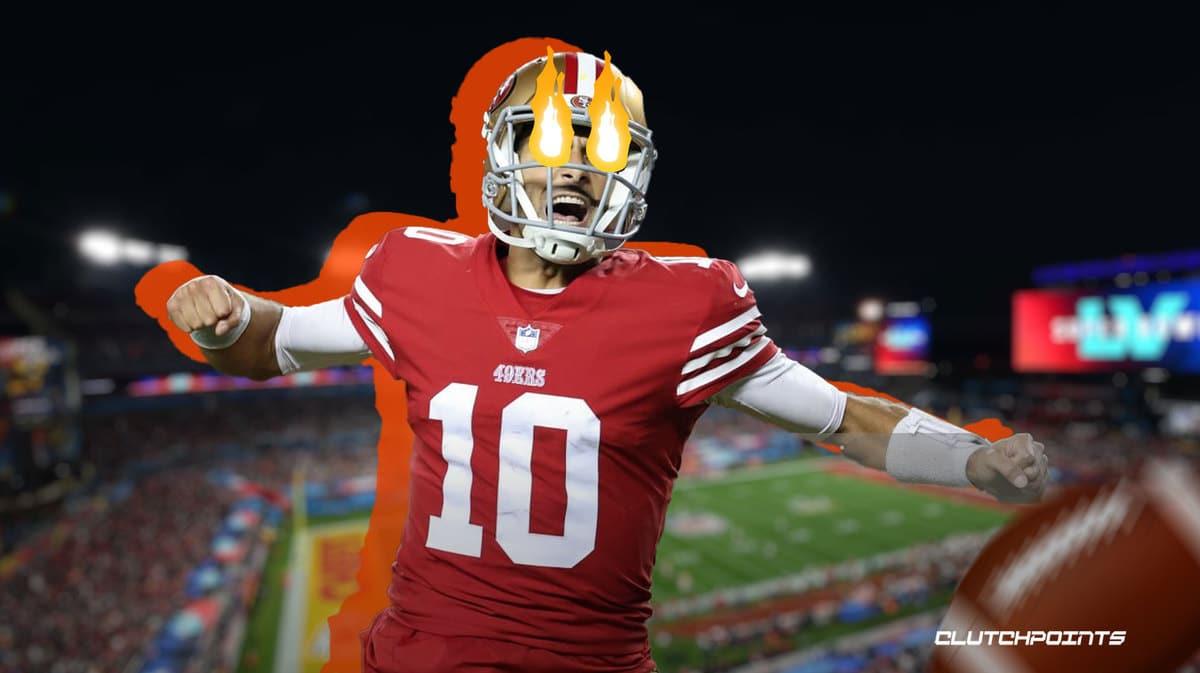 Jimmy Garoppolo and the San Francisco 49ers just gave their fans another reason to be excited about their outlook for the rest of the 2022 season.

On Monday Night Football against the Arizona Cardinals in Mexico, Garoppolo and co. achieved a feat that 49ers fans haven’t seen in 22 years since the days of Jerry Rice and Terrell Owens.

Garoppolo threw four touchdowns in the 38-10 win, with Brandon Aiyuk and George Kittle each catching two touchdowns. It is actually the first time since 2000 (Week 4) that multiple 49ers players caught two or more touchdowns. As mentioned, it was Rice and Owens who did it back then, against the Dallas Cowboys.

Making things even better, Jimmy Garoppolo made history himself as well, becoming just the second player after Fran Tarkenton to throw for four or more touchdown passes three times against the Cardinals.

It’s an undoubtedly incredible performance from the 49ers, and it should only boost their confidence as they try to make the playoffs. Any time you are mentioned with a record along with the likes of Jerry Rice and Terrell Owens, you are definitely doing something right. 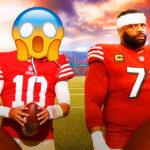 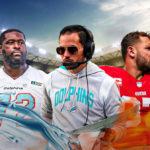 San Francisco has now won three straight games, allowing them to improve to 6-4 on the season. They remain atop NFC West, albeit with the same 6-4 record against the Seattle Seahawks.

The 49ers will be facing the New Orleans Saints next in Week 12, and sure enough, they have the momentum to keep their winning streak alive.