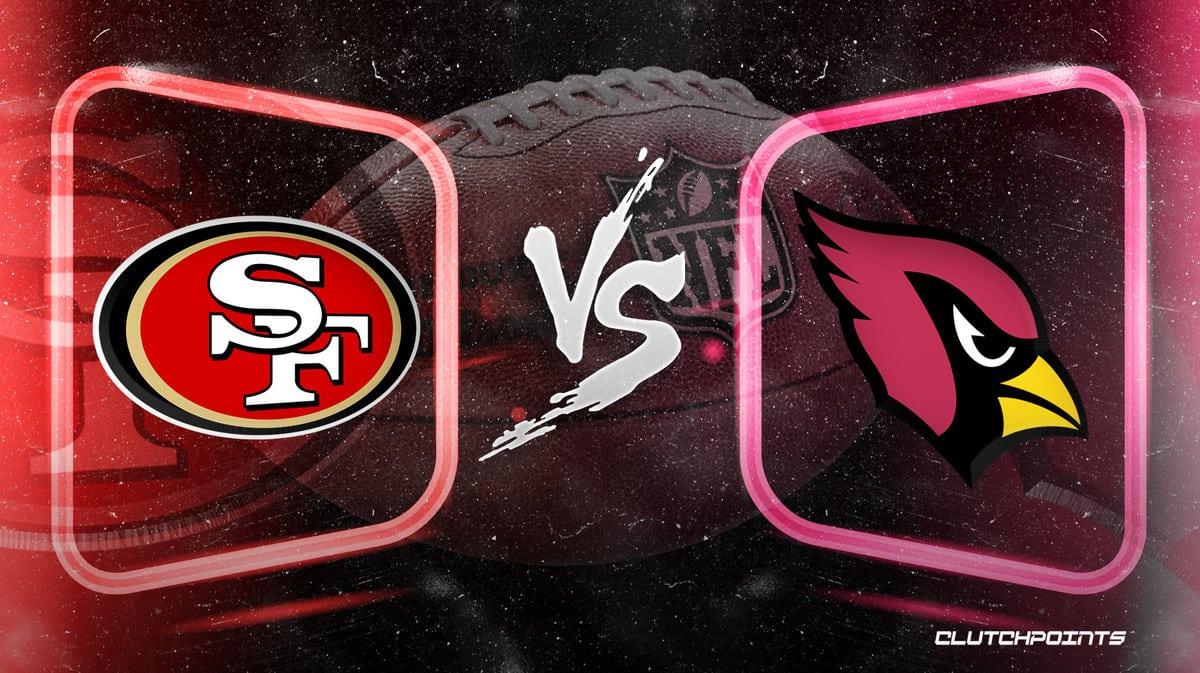 The San Francisco 49ers and the Arizona Cardinals will clash in the last battle of the international series at Estadio Azteca in Mexico City, Mexico. Are you ready for some football across the border? It’s time to continue our NFL odds series with a 49ers-Cardinals prediction and pick.

The 49ers defeated the Los Angeles Chargers 22-16 on Sunday Night Football in Week 10. Jimmy Garoppolo completed 19 of 28 passes for 240 yards but did not throw a touchdown. However, Elijah Mitchell emerged to rush 18 times for 89 yards. Christian McCaffrey added 14 rushes for 38 yards and a touchdown with four catches for 39 yards. Brandon Aiyuk caught six passes for 84 yards, while Jauan Jennings had four receptions for 40 yards.

Consequently, Deebo Samuel did not do well in his return from injury, catching two passes on six targets for 24 yards. The 49ers dominated on defense with three sacks. Moreover, Nick Bosa, Jordan Willis, and Charle Omenihu all added a sack to the ledger.

The 49ers lead the all-time series 32-29. However, the Cards have gone 7-3 over 10 games against the 49ers, including a sweep last season. The Cards beat the 49ers 17-10 in a hard-fought battle in Arizona. Then, they beat the 49ers 31-17 in Santa Clara. McCoy started that game, completing 22 of 26 passes for 249 yards and a touchdown. Additionally, Conner rushed 21 times for 96 yards while catching five passes for 77 yards and a score. The Cards won that game because they forced three turnovers. Consequently, the 49ers could not overcome their miscues.

Here are the 49ers-Cardinals NFL odds, courtesy of FanDuel.

Why The 49ers Could Cover The Spread

The 49ers have the more talented team. However, they always play down to the Cardinals and have not handled them successfully in a long time.

Garoppolo has a 66.8 percent completion rate, with 1931 yards, 11 touchdowns, and four interceptions through seven full games. Christian McCaffrey has rushed 40 times for 170 yards and two touchdowns over three games with the 49ers. Additionally, he has 14 catches for 118 yards and a touchdown. McCaffrey also threw a touchdown pass.

The 49ers will cover the spread if they can run the ball efficiently. Ultimately, it will open up their passing game and set Garoppolo for his strength, which is the play-action pattern. The 49ers must utilize Samuel, Aiyuk, and Kittle properly.

Kyler Murray is a game-time decision as he deals with a hamstring issue. Significantly, he is the playmaker that makes the offense go but has once again sustained an injury in the middle of the season. Murray has a 66.7 percent completion rate with an 86.9 quarterback rating. Additionally, he has thrown for 2168 yards, 12 touchdowns, and 12 interceptions while also rushing 59 times for 359 yards and two scores. Conner has 82 rushes for 314 yards and three touchdowns. Now, he has the backfield to himself after the Cards released Eno Benjamin.

The defense has not done well this year. However, there are some bright spots. Watt has 5.5 sacks, and Markus Golden has 14 solo tackles and 1.5 sacks.

The Cardinals will cover the spread if they can move the chains and keep the 49ers offense off the field. Ultimately, forcing turnovers will be the key to victory.

The 49ers will likely win this game. But will they cover? San Francisco does not match up well with Arizona and could have trouble dominating even against McCoy. The Cardinals keep this close.