With the Carolina Panthers starting off the season 1-4, whispers about Christian McCaffrey’s looming exit continue to get louder. The Buffalo Bills are one of a handful of teams that have been identified as a potential trade suitor for the 26-year-old, but it now appears that their pursuit has just hit a major wall.

NFL insider Benjamin Allbright recently revealed that The Bills have indeed already tabled a trade offer for the All-Pro running back. However, the reporter also disclosed that the Panthers rejected Buffalo’s proposal:

Allbright did not reveal what the Bills offered for McCaffrey, but what is clear is that the Panthers didn’t like it. It would not be surprising at all if Buffalo comes back to the table with a better offer, though.

Buffalo better act fast if they’re serious about bringing McCaffrey to the team, with the Los Angeles Rams and the San Francisco 49ers also showing interest in the Pro Bowl RB. The Denver Broncos have emerged as another potential destination for McCaffrey, but Allbright reports that Denver’s interest is currently “very light:”

Yeah. Denver interest is very light given future contract issues, this year good though. Buffalo is what I'd call primary suitor 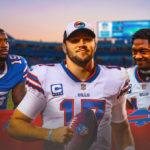 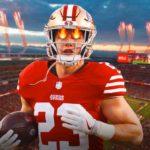 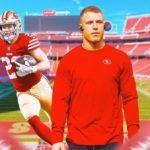 For their part, the Panthers seem willing to part ways with their star running back, with McCaffrey still under contract through 2025. Perhaps Carolina is on the brink of a rebuild, especially now that they have parted ways with head coach Matt Rhule.

It now feels like a race to the finish for Christian McCaffrey, who clearly has a lot of suitors from around the league. This isn’t surprising at all considering how he’s one of the top running backs in the game today. This man could potentially be the X-Factor that takes a title contender over the edge.