Atlanta ‘in touch’ with Matt Olson amid Freddie Freeman uncertainty When Dansby Swanson took the microphone at the Atlanta Braves World Series parade and shouted, “re-sign Freddie,” it seemed all but certain that Freddie Freeman and the Braves would workout a deal. But it now appears that Freeman could be in line to leave Atlanta in the near future. But the Braves might have a more than capable replacement option if Freeman does indeed sign elsewhere: Oakland Athletics first basemen Matt Olson.

#Braves have been in touch with Oakland about Matt Olson (an Atlanta native) in the event that Freddie Freeman signs elsewhere. Many in the industry expect Freeman to sign before Carlos Correa, among top remaining free agents. @MLB@MLBNetwork

Olson has been on the trade block over the past year, and it seems as if the A’s are close to finally trading him. Oakland operates under a small budget and with Olson set to hit free agency soon the team has no intention of re-signing him. So instead of letting him walk and receiving nothing in return the A’s would prefer to deal him for prospects.

Olson is a younger version of the Braves veteran with more power. Freeman may offer more consistency, but one could argue that the 27-year old Olson possesses a higher a ceiling. He is coming off of a solid 2021 performance that saw him hit .271 with 39 home runs and 111 RBI’s. Freeman hit .300 in 2021 and added 31 bombs. 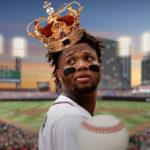 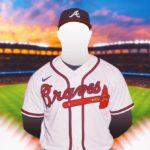 Both players are extremely talented and the Braves are fortunate to have a secondary option such as Olson. But nothing is guaranteed and it is conceivable that Oakland finds a different trade partner and Freeman signs with another team leaving the Braves high and dry. The good news for Atlanta is that Freeman is expected to make his free agency decision soon so if he does leave the Braves can go all in on a trade offer for Olson.

Olson would surely welcome a deal to the Braves since he is an Atlanta native.