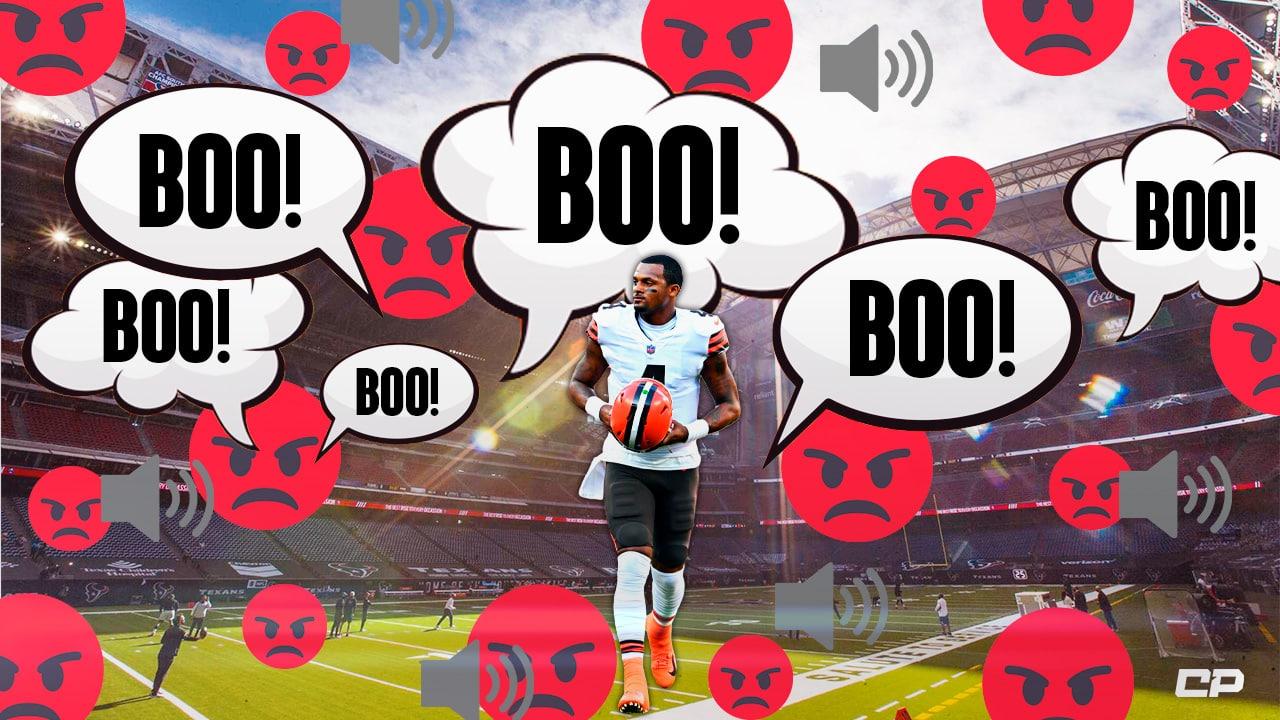 Cleveland Browns quarterback Deshaun Watson made his return to the NFL on Sunday after serving his 11-game suspension. When Watson took the field against the Houston Texans in Week 13, he was greeted by a massive chorus of boos from the crowd. The stadium erupted with boos for Watson after an opening-drive interception saw the Browns take over on offense early on in the first quarter. Despite NRG stadium being nowhere near capacity, with a plethora of empty seats visible, the boos for Watson were remarkably loud, via Albert Breer.

The stadium looks massively underfilled on Sunday, yet despite that, the crowd noises were insanely loud, particularly when Watson took the field to lead the Browns’ offense on their first drive of the game.

With so few fans actually in attendance, some were skeptical as to whether the Texans were piping in crowd noise in order to enhance the hostile environment for Watson in his season debut.

I’m no conspiracy theorist, but the video certainly seems a bit fishy. The seats were practically empty in several sections of the stadium during the Browns’ opening drive, yet the boos that canvassed the stadium made it sound like a packed house.

Lots of boos at NRG Stadium each time Deshaun Watson and the Browns offense take the field, even though the stands are largely empty and many of the fans who are here are wearing Browns jerseys.

Watson’s first drive for the Browns wasn’t much of a success, lasting just three plays before Cleveland was forced to punt the ball.

Deshaun Watson missed the first 11 games of the season after being suspended by the NFL amid more than two dozen accusations of sexual assault. Watson faced 24 civil lawsuits from different women accusing him of sexual assault misconduct. Additionally, he was fined $5 million as part of his discipline from the league.

He was traded from the Texans to the Browns during the offseason and inked a five-year, $230 million deal with the franchise, for whom he’s making his debut on Sunday.