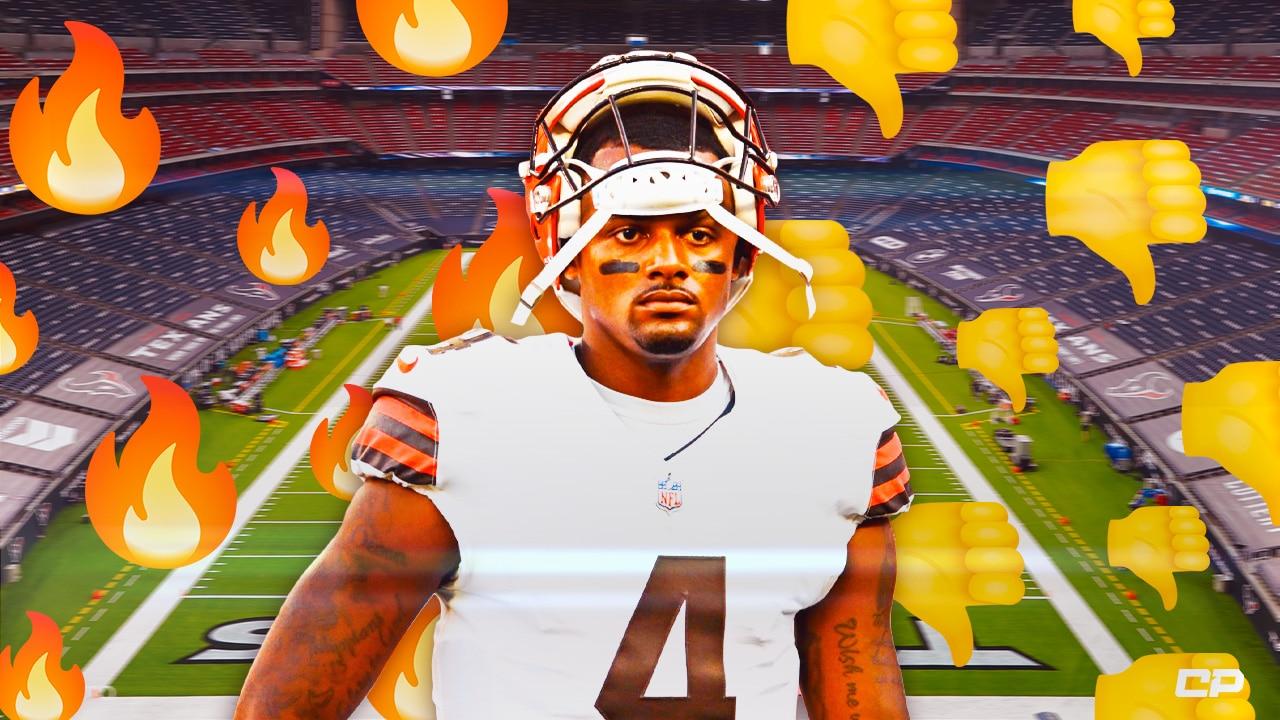 Deshaun Watson will be making his 2022 season debut for the Cleveland Browns against the Houston Texans on the road. It seems too fitting that the QB’s first game back will be in front of his former team. What’s always interesting about these returns by former players is how the crowd reacts to their first appearance.

In Deshaun Watson’s case, there’s a lot of mixed emotions surrounding the Browns QB’s return to Houston. Upon his entrance to the NRG Stadium to warm up, Watson was greeted by a chaotic chorus of boos and cheers, as seen from Albert Breer’s video. That reaction sums up every Texans fan’s feeling about their former quarterback to a T.

Deshaun Watson gets a mix of boos and cheers coming out of the visiting tunnel (Loud boos at first, then some cheers). pic.twitter.com/TKiBsYZbq7

It’s easy to forget amid all of Deshaun Watson’s legal troubles, but the Browns QB tried to force his way out of Houston before the sexual assault allegations. The quarterback initially sat out the 2021 season due to a contract holdout with the Texans. After the allegations came out, though, Watson was eventually benched for the entire year.

Deshaun Watson leaves a complicated legacy with the Texans. For most of his career, he was easily the best quarterback the team has had in a long time. He was a perennial All-Pro and Pro Bowl candidate, and led Houston to the playoffs multiple times. However, the first-round exits, contract holdout, and disgraceful exit from the team has left a bitter taste in some fans’ mouths.

For now, though, Deshaun Watson is focused on one thing: trying to salvage what’s left of the Browns’ abhorrent season. First on that list is dispatching his former team and getting back to the winning column.