Earlier this offseason, the Cleveland Browns signed Kareem Hunt from free agency. In a corresponding move, Duke Johnson requested a trade from the team but the Browns have other plans.

When Hunt joined the Browns’ backfield, Johnson’s role on the team was up in the air. With Nick Chubb and Hunt likely being the top two backs, Johnson wanted out. Earlier this offseason, Johnson was absent from the Browns’ offseason programs in hopes to be shipped to another team.

Freddie Kitchens and Dorsey have reiterated that they don’t want to trade Johnson despite his request. The Browns’ offense is oozing with talent, but where does Johnson fit in?

Currently, Johnson is nursing a hamstring injury he suffered in training camp. The running back is sidelined alongside Hunt, who is on the PUP list due to a groin issue.

Despite signing Hunt, the former Kansas City Chiefs running back will be suspended for the first eight games of the season. This stems from an off the field incident that involved Hunt kicking a woman. 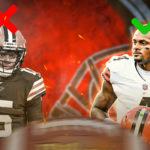 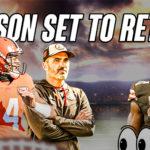 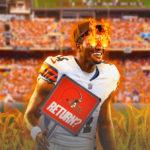 While Hunt is suspended, Johnson will have a decent-sized role in the offense with Chubb being the lead back. Johnson will figure to assume his usual role as a receiving threat out of the backfield.

Although, it remains to be seen how the workload is divvied up when Hunt returns from his suspension. For the time being, Johnson is with the team but we’ll see how he handles it when there are two other running backs garnering touches as well.