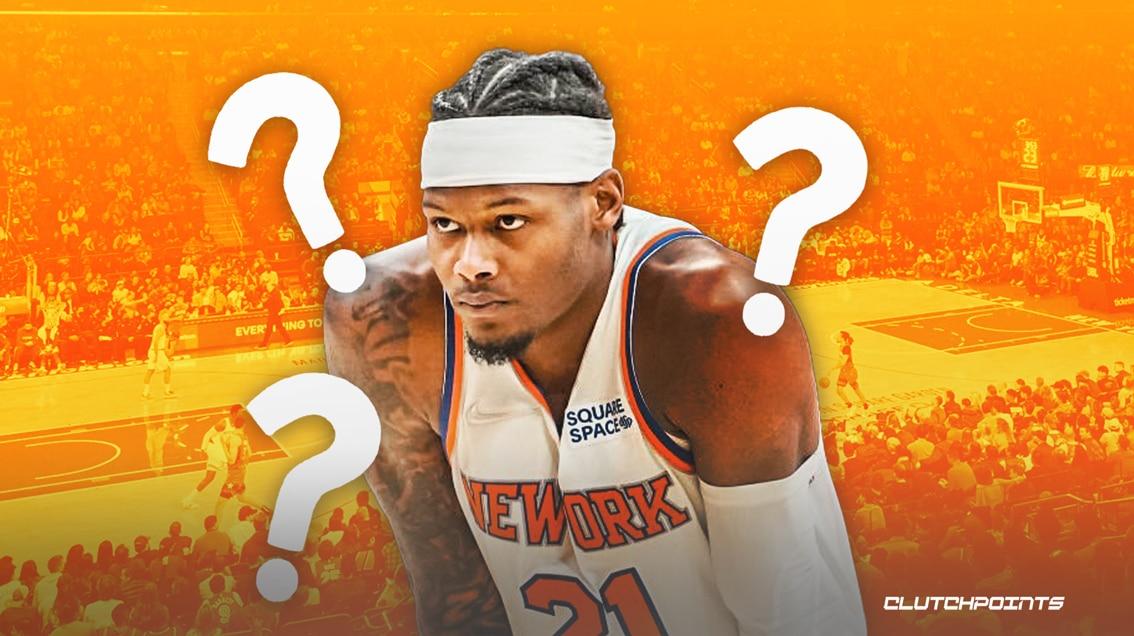 You know the new NBA season is close when you hear the bounce of the balls, the squeak of the sneakers, and a Cam Reddish trade request. The No. 10 pick in the 2019 NBA Draft played two-plus seasons for the Atlanta Hawks (118 games) before requesting a trade. That season’s Cam Reddish trade destination was the New York Knicks. Now, after just 15 games for the NYC-based club, Reddish is again unhappy and is requesting the Knicks trade him now.

With both the Hawks and the Knicks, Reddish became unhappy thanks to his perceived lack of playing time behind fellow wings like De’Andre Hunter and Kevin Huerter (in Atlanta) and RJ Barrett and Evan Fournier in New York.

Reddish is still young, having just turned 23 today, September 1 (Happy Birthday!). But he needs to find a team fit soon, or he could be out of the league sooner rather than later. With the most recent Cam Reddish trade request, here are the three teams where the talented wing with 3-and-D potential makes the most sense.

Cam Reddish thinks he can be “a legit star” in the NBA. He said as much during his introductory press conference with the New York Knicks. Despite this belief, Reddish averages just 10.5 points, 1.3 assists, 3.2 rebounds, 1.1 steals, and shoots 32.5% from 3-point range in 24.9 minutes per game. He’s also missed 88 games in just three seasons.

If anyone can turn Reddish around after a Knicks trade and make him a valuable prospect again, it’s Spurs coach Gregg Popovich. His team has over $22 million in cap space right now, so they can get Cam Reddish while giving very little up.

The Spurs can give Reddish a ton of playing time and, hopefully, Popovich can help him improve. San Antonio makes a lot of sense as a potential Cam Reddish trade destination, but even if the former Duke Blue Devil doesn’t end up there, the franchise could still play a role in this trade.

The Los Angeles Lakers have long been fans of Cam Reddish. The franchise liked him in the draft, tried to trade two second-round picks to Atlanta for him last season (the Knick gave a first), and still like him after the most recent Klutch client’s trade request.

The problem is, they don’t have a lot to give up to get him. The Lakers don’t want to give up their two remaining first-round picks. They could trade Kendrick Nunn straight up, but why would the Knicks do that?

The most likely scenario to get Reddish from the Knicks to the Lakers is via a three-team trade. Maybe they can work out a way to get Russell Westbrook’s expiring to the Spurs and get Reddish back from the Knicks, but that sounds like a Lakers fan’s pipe dream.

The three-team trade that could get Reddish to LeBron James and the Lakers is a Donovan Mitchell trade between the Utah Jazz and New York Knicks.

If Danny Ainge and the Utah Jazz do trade Donovan Mitchell before the 2022 NBA season starts, it will most likely be with Mitchell’s hometown Knicks.

If the Jazz and Knicks trade for Mitchell, Utah could keep Reddish and give his one season to see if he turns into that “legit star” he thinks he can be. Or, they can get another team involved (like the Lakers) and get even more assets.

If the Cam Reddish trade request does end up with him on the Jazz, it will be the best spot for him. He will get as many shots and as much PT as possible while the Jazz rebuild, and will finally get to prove (or not prove) his NBA bona fides.