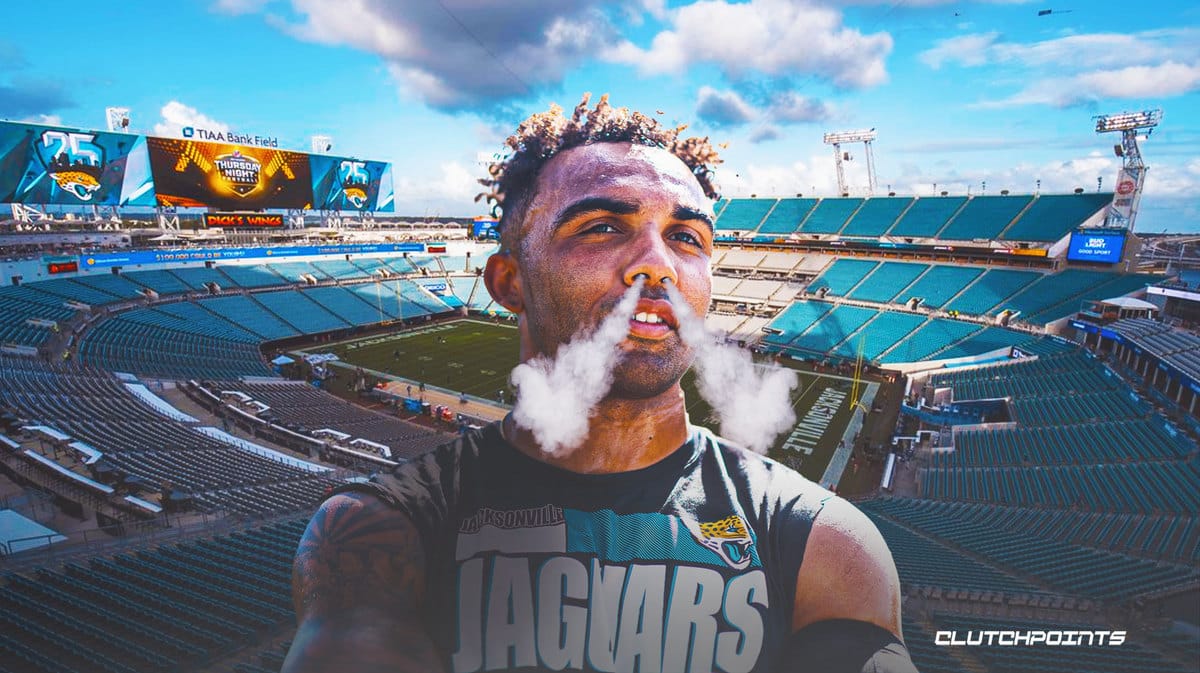 Christian Kirk has the chance of having a breakout year in 2022. After four seasons with the Arizona Cardinals, the wide receiver signed a four-year, $72 million deal with the Jacksonville Jaguars to possibly be their WR1.

At the age of 26, the Jaguars appear to see the potential in Kirk’s game. Now with a new head coach in Super Bowl champion Doug Pederson, things can change in Florida, and it seems the former Cardinal will be a big part of that new era.

With a new team and the chance of being one of Trevor Lawrence’s primary targets, it is difficult to ignore Kirk in most fantasy football drafts.

With that being said, here is the fantasy outlook for Christian Kirk in the 2022 NFL season.

In his last season in Arizona, Christian Kirk had one of his best years up to date. He played in all 17 games, starting 11, and finished with career-highs in catches with 77 and receiving yards with 982. He also added five touchdowns through the air, the second-best mark of his career.

One of the reasons Kirk had a big jump was the absence of DeAndre Hopkins. The five-time Pro Bowler missed seven games due to injuries in 2021, and, in that span, Kirk had 21% target share, according to FantasyPros. He also averaged 13.8 PPR fantasy points per game without Hopkins in the lineup, good for a top-10 average. Kirk ended up finishing second with the second most receiving yards from the slot among all wideouts in the NFL.

Another thing that helped Kirk’s successful 2021 season was his catch rate. He caught 74.8% of his targets, a big jump from the average of 62.4% for his career up to that point. Although he won’t have Kyler Murray anymore, a young quarterback like Trevor Lawrence could be beneficial for the new Jaguar.

Lawrence struggled in his rookie year, leading the league in interceptions with 17 and completing under 60% of his passes. Even though he still has a lot to grow, the combination of Lawrence and Christian Kirk can be a win-win situation. One will have a more experienced receiver, while the other will be a safe target for a quarterback who might need some confidence.

Another thing that can help Kirk grow is head coach Doug Pederson. The Super Bowl champion as a player and coach comes to replace Urban Meyer, and it can improve the team’s offense.

In the past, Pederson’s Philadelphia Eagles finished in the top 13 in pass attempts during his time there. Last year, the Jaguars had a bottom-10 offense in terms of passing attack. By adding Pederson’s leadership, Kirk should have plenty of opportunities to catch the ball.

Marvin Jones Jr. and Evan Ingram will be the main competition for Kirk in Jacksonville. At worst, Kirk will be the third main target, but still not a bad place to be. Should he perform well in the early weeks, expect an even higher presence for the rest of the season.

Regarding fantasy football, the former Texas A&M player is an intriguing option. His 12.8 yards per catch combined with his high catch rate can provide many points every week. He can be a very solid pick for team that missed out on the big names in the earlier rounds. Kirk is projected to be selected no later than the eighth round, so fans can plan around other areas first. He has a big chance of finishing as a top-10 wideout, so selecting him so late can become a steal.