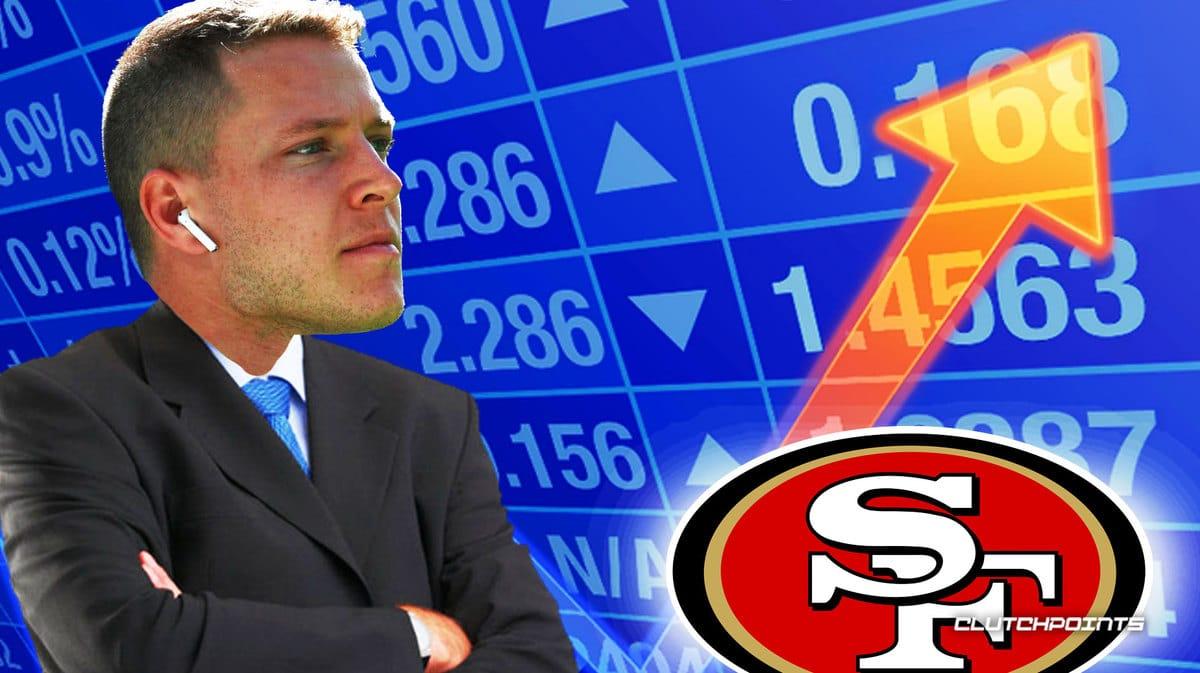 Late Thursday night, a blockbuster trade sending running back Christian McCaffrey from the Carolina Panthers to the San Francisco 49ers was completed. Per Ian Rapoport of NFL Network, the 49ers already plan for McCaffrey to be involved in Sunday’s Week 7 matchup against the Kansas City Chiefs.

According to Rapoport, “if [McCaffrey] plays Sunday, which he likely will do, expect a red zone package. Then he’ll ramp up [involvement] from there.”

There is a lot to break down in terms of fantasy fallout. However, from an immediate impact standpoint, fantasy managers who roster McCaffrey should feel comfortable rolling him out in their lineups on Sunday as it sounds, at minimum, the affectionately nicknamed CMC will have high-value touches schemed up for him right off the bat in his 49ers debut.

Looking long-term, a move to the 49ers is a dream scenario for Christian McCaffrey in fantasy. Thus far in the 2022 season, McCaffrey is the RB4 overall in point-per-reception (PPR), scoring an average of 19.7 PPR points per game per 4for4. Though a player of McCaffrey’s ilk has largely been able to overcome the putrid circumstances of the Panthers in his career, a move to a historically run-heavy 49ers offense is a match made in heaven. By escaping Carolina alone, McCaffrey is the biggest fantasy winner. As such, he will remain a top-5 fantasy option week-to-week for even more reasons we will expand upon soon.

The 49ers have also needed the help after losing starting running back Elijah Mitchell to an MCL injury in Week 1. However, even without Mitchell, the 49ers’ offense has run the ball at the ninth-highest rate in the NFL, a hallmark of a Kyle Shanahan-led offense, mainly on the efforts of Jeff Wilson Jr. Not to say Wilson Jr. could not have continued his efforts and fantasy success (RB23 overall in PPR, 10.5 points per game according to 4for4), but he is undoubtedly the biggest fantasy loser of anyone on the 49ers roster.

At best, Wilson Jr. may be a flex consideration, but he will likely fall into obscurity as McCaffrey is likely to absorb a monster workload. If nothing else, he is the handcuff option should any injury befall Christian McCaffrey, at least until Mitchell returns.

As far as the Panthers are concerned, the players next in line to inherit rushing work are running backs, D’Onta Foreman and Chuba Hubbard, the second-year back out of Oklahoma State. Between the two, Foreman seems best equipped to step up to the plate. Foreman filled in for an injured Derrick Henry last year as a member of the Tennessee Titans. From Week 9 to Week 18 in 2021, he was the RB25 overall in PPR, averaging 10.4 points per game, according to 4for4.

That said, this Panthers offense will not be particularly good. Foreman will likely be nothing more than a touchdown-dependent RB3/flex option for fantasy managers depending on the matchup. It is unlikely any running back from the Panthers will contribute in a significant way to fantasy football for the remainder of 2022. Regardless, Foreman still classifies as a fantasy winner due to this trade.