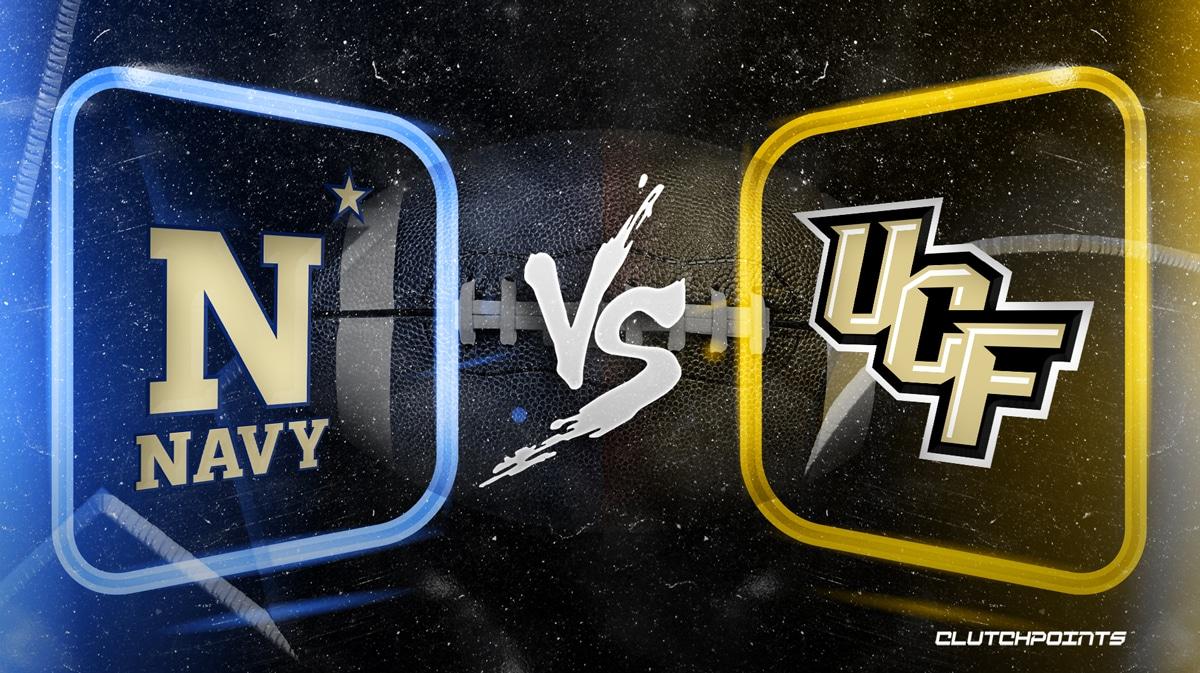 The Navy Midshipmen will travel to take on the UCF Knights in a Saturday morning college football matchup at FBC Mortgage Stadium in Orlando. Let’s continue our college football odds series and make our Navy-UCF prediction and pick.

Navy has struggled to a 3-7 season, including a season-opening loss to FCS Delaware. Conference play has been kinder to the Midshipmen, going 3-4 in the American Athletic Conference. Navy enters this game with some momentum after giving Notre Dame a scare in a 35-32 defeat.

UCF has surged to an 8-2 record, including an impressive 5-1 record in the American Athletic Conference. The Knights have won three games in a row, including a 38-31 victory over the Tulane Green Wave last week. Head coach Gus Malzahn has his team primed for the conference title.

Here are the Navy-UCF college football odds, courtesy of FanDuel.

Why Navy Could Cover The Spread

Xavier Arline started the Notre Dame game, throwing and running for a touchdown. Incredibly, Arline is also a member of the school’s lacrosse team. As expected with Navy, throwing the football is not of the utmost importance. As a team, the Midshipmen have thrown for 1,003 yards with eight touchdowns and six interceptions. Daba Fofana leads the team with 635 rushing yards and six touchdowns. Tai Lavatai is second with five rushing touchdowns but is out for the season. Navy has rushed for 2,387 yards and 19 touchdowns as a team.

UCF has held opponents to 123.1 rushing yards per game and 14 touchdowns. Jayden Umbarger leads the team with 265 receiving yards and two touchdowns. Vincent Terrell II also has caught two touchdowns to tie for the team lead. Navy has averaged just 22.9 points and 339.0 yards of offense per game. What the triple option takes away in firepower it gives in time of possession. On average, Navy holds the ball for about 35 minutes per game. Holding the ball for 40 minutes or more would go a long way to keeping this one inside the number.

Navy’s defense has been simply meh, allowing 25.8 points and 360.1 yards of offense per game. Opponents have rushed for just 85.8 yards per game and six touchdowns against the Midshipmen. UCF is one of the better rushing attacks in the country, so something has to give in this one. Navy has shown the ability to get after the quarterback, registering 27 sacks as a team. Six and a half of those sacks have come from John Marshall.

Why UCF Could Cover The Spread

John Rhys Plumlee is one of the most dynamic talents at quarterback, and has been an integral part of a strong season for UCF. Plumlee has completed 63.4 percent of his passes for 2,015 yards with 12 touchdowns and six interceptions. The real story is Plumlee’s success on the ground. Not only does Plumlee lead the team with 708 rushing yards, but he also leads all quarterbacks in rushing yards. Plumlee has rushed for nine touchdowns, which is second on the team. Isaiah Bowser leads the team with 13 rushing touchdowns, totaling 557 yards. UCF has ran for 2,495 yards and 28 touchdowns as a team. Ryan O’Keefe leads the team with 567 receiving yards and four touchdowns. Javon Baker is second with 558 receiving yards and is also tied for the team lead with four touchdown catches. Kobe Hudson is the third Knight to catch four touchdowns. UCF has averaged 35.9 points and 497.7 yards of offense per game. UCF may only have the ball for 20 or 25 minutes, so their ability to score on big plays will be the focus.

UCF’s defense has been solid, holding opponents to 20.0 points and 363.6 yards of offense per game. As Navy does not throw the ball often, UCF’s 18 sacks do not come into play much. However, UCF’s run defense has been good, which could spell trouble for the Midshipmen.

UCF is too explosive for Navy to keep up with.