Former Indianapolis Colts star quarterback Andrew Luck opened up on his previous shocking retirement announcement, per ESPN. He was once regarded as one of the best young QBs in the sport. However, Luck retired at just age 29, a decision that frustrated Colts fans.

“I regret the timing of when I retired,” Andrew Luck said.

Injuries played a role in his decision. Additionally, Luck admitted that he was questioning who he was outside of football. And it all led to him regretting the timing of the decision.

Andrew Luck, a Stanford football product, played in the NFL from 2012-2018. It should be noted that he missed the 2017 campaign. He was a 4-time Pro Bowler who led the league in passing touchdowns in 2014. Luck also led the Colts to the playoffs in 4 different seasons. His talent was difficult to deny, and Indianapolis felt as if they had a franchise QB for years to come.

Luck has made some public appearances since announcing his retirement. But he understands that fans may still be upset with him. Colts owner Jim Irsay even recently took a shot at Andrew Luck. 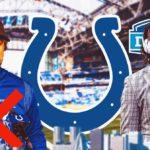 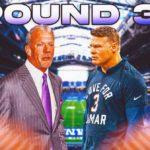 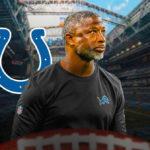 “Things change. In 27 years I never had a quarterback retire on me… in the middle of his prime,” Irsay said while announcing Jeff Saturday as the Colts’ interim coach.

In the end, Andrew Luck has an interesting story. From college star to Colts’ leader, he will unfortunately always be known as the quarterback who retired early. But Luck made a decision that he felt was best for him and his family.