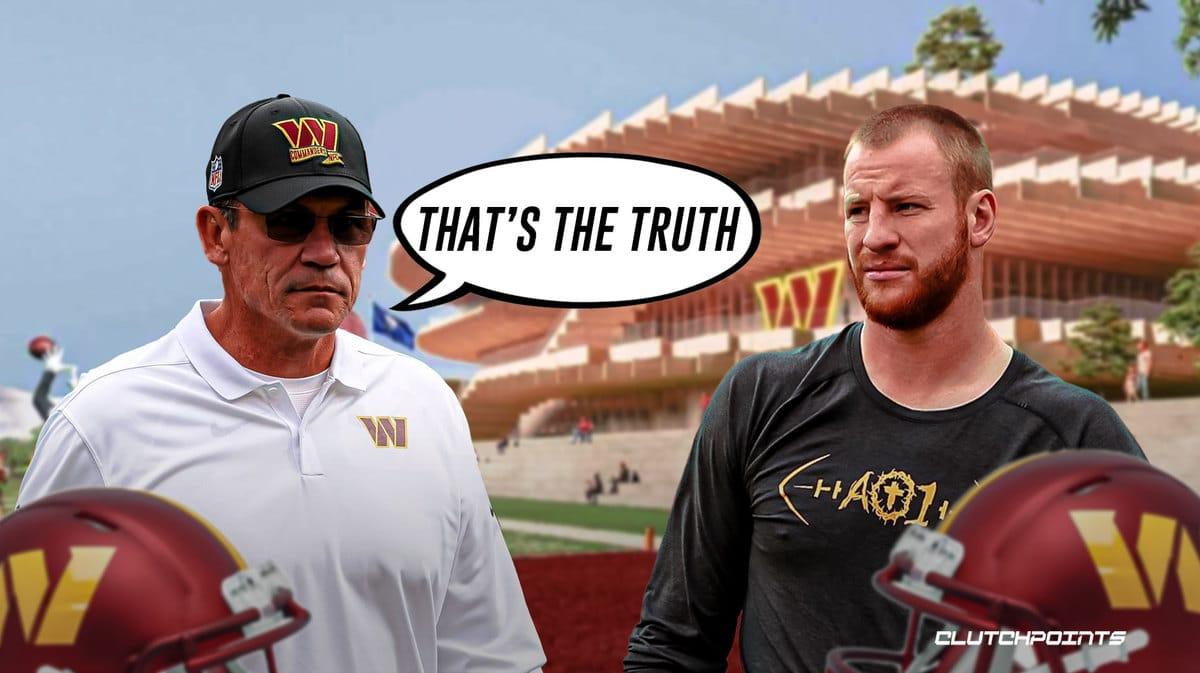 While Ron Rivera’s postgame press conference will probably be remembered for his reaction to the ESPN report of the Washington Commanders’ pursuit of trading for Jimmy Garoppolo before ultimately pivoting to a deal for Carson Wentz, the Super Bowl-winning head coach did discuss other issues surrounding his team, namely the not-so-good play of his current quarterback.

Throwing for just 211 yards of 43 attempts versus nine sacks and two fumbles, Wentz struggled to make decisive decisions, struggled to evade the rush, and just generally struggled, period, for his former team after a pair of 300-plus yard efforts versus the Jacksonville Jaguars and the Detroit Lions. When Rivera asked who was responsible for all of the sacks, “Riverboat” spread the blame around, suggesting it was partially on Wentz and partially on an offensive line that isn’t playing at full strength.

Did Wentz play his best game? No, even Rivera admitted to that, but what does that mean for the future? Did the Eagles spurn on an early season crisis in confidence for DC’s football team and force Rivera’s hand to cash out on the North Dakota State product in favor of long-term backup Tyler Hainakee or 2022 fifth-round pick Sam Howell? No, at least not yet, as, per the man himself, he plans to roll with his current quarterback moving forward even as the Commanders ready themselves for a particularly tough stretch of games against the Dallas Cowboys, Tennesee Titans, Chicago Bears, Green Bay Packers, Indianapolis Colts, Minnesota Vikings, and Eagles once more. 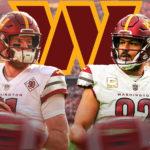 Will Wentz still be under center when Washington drives up I-95 to play the Eagles at Lincoln Financial Field on November 14th? That could be the season-defining question, folks.

Ron Rivera asked if he’s considering a QB change: “No. I’m not.”