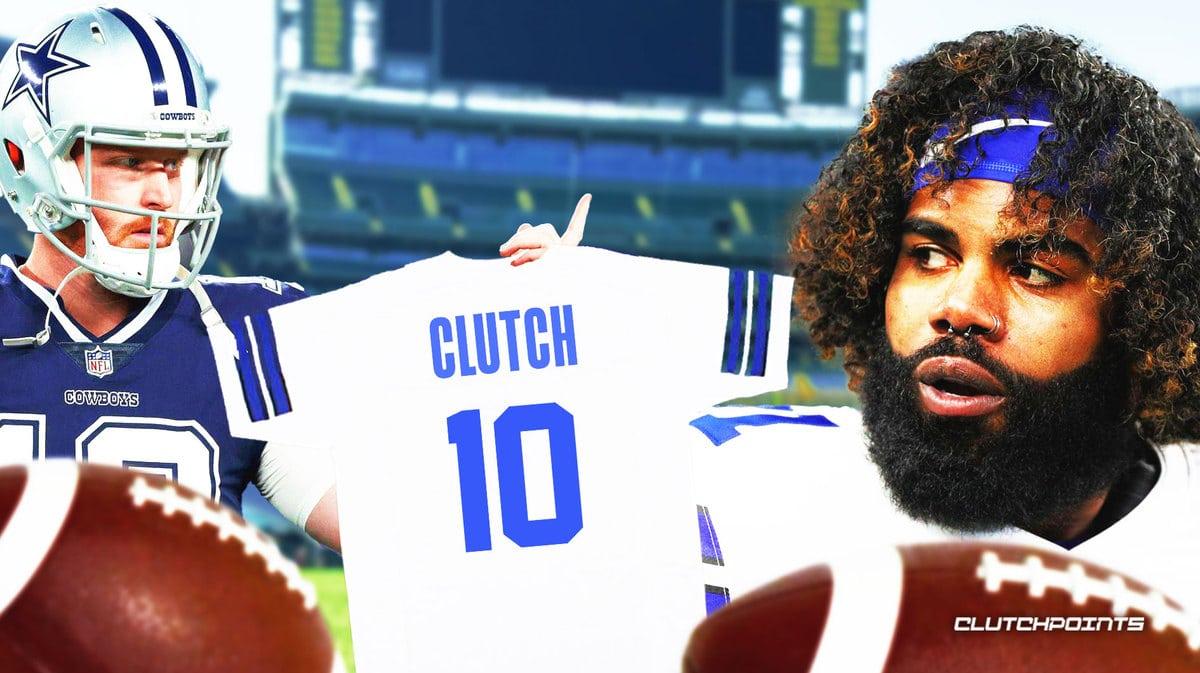 Dallas Cowboys quarterback Cooper Rush helped lead the team to its second consecutive victory on Monday night in a 23-16 win over the New York Giants. Rush, who is filling in for Dak Prescott after the Cowboys’ starting QB underwent surgery on his thumb, has gone undefeated as the team’s temporary starter, prompting a hilarious tweet from Ezekiel Elliott in which he gave his QB a new nickname. On Tuesday afternoon, Elliott officially dubbed Cooper Rush, “Cooper Clutch,” a new nickname that is sure to catch on among Cowboys faithful.

Don’t be surprised if you see some Cowboys fans wearing No. 10 “Clutch” jerseys next week when the team takes on the Washington Commanders.

While Rush isn’t making jaws drop with his play under center, he’s showcasing a strong understanding of his role and doing precisely what’s required in order to keep the Cowboys in the game. While he’s almost certain to be relegated back to second-string duties when Prescott returns from injury, potentially as early as Week 5, Rush has done a phenomenal job of keeping the Cowboys’ season alive during what was expected to be a bleak stretch.

Elliott has taken notice, and come up with the creative and hilarious nickname to celebrate his teammates’ success since taking over the starting role.

Cooper Rush, or Cooper Clutch, led the Cowboys to a win on Monday night, completing 21-of-31 pass attempts in the process. He racked up 215 yards and one touchdown in the win and did not throw an interception, keeping his season tally at zero.

He’s certainly captured the attention of Cowboys fans, and Jerry Jones has heaped endless praise onto Rush for his performance in Prescott’s stead. Now, Ezekiel Elliott is the latest Dallas star to commend Rush for helping keep the team in good shape for the past few weeks.