The NFL is back with a new season kicking off recently. Along with its resumption, football card collectors are also in the thick of things by keeping a close eye on exciting developments. One such example is when the Dallas Cowboys faced the reigning Super Bowl champions, the Tampa Bay Buccaneers, in their first game of the season. While the Bucs escaped with a narrow win, the big story of this game was the return of the Cowboys’ quarterback, Dak Prescott, after missing last season with an ankle injury.

With his impressive showing against the Tom Brady-led squad, collectors are in a frenzy over his stock in the card market. We take a look at how that happened and the current state of Prescott’s card value.

Coming from a victorious campaign last season, the Buccaneers are set to start a new Super Bowl run by facing the Cowboys for the opener. For Dallas’ part, they have no intention of making it easy for the defending champs, especially after a disappointing finish last season.

During that time, Dallas missed its chance to make the playoffs after a horrendous 6-10 record. This placed them third in the NFC East when all was said and done. Of course, Dak Prescott’s ankle injury was a large factor in the Cowboy’s horrible finish.

RT if you always believed in Dak Prescott

But that wasn’t the case at all when these two teams met recently. In his first game after recovering from the said injury, the 28-year old QB played rather well. He rallied his team by building a rapport with Amari Cooper and other receivers throughout the game, which saw the Cowboys performing better than expected against the Bucs.

While this was just one game, Prescott’s form and skill are showing promise. If things go according to plan, the Cowboys’ starting QB can prove himself worthy of the massive four-year $160 million contract he signed. And although it’s still the first week of NFL action, Prescott has collectors excited about his comeback potential in the months to come.

After the game,  Prescott promised Brady that they’re going to meet again soon. With this kind of performance, it isn’t far-fetched to think that these two squads can face each other in the playoffs. When that happens, football card enthusiasts will be glad to hold onto their Dak Prescott stock.

The Current State Of Dak Prescott Cards In The Market

Last June, Prescott’s PSA 10 Prizm Silver rookie card was quiet in the market. Although its value of $790 is nothing to scoff about, collectors still gravitate towards the bigger names, such as Tom Brady or Patrick Mahomes cards. 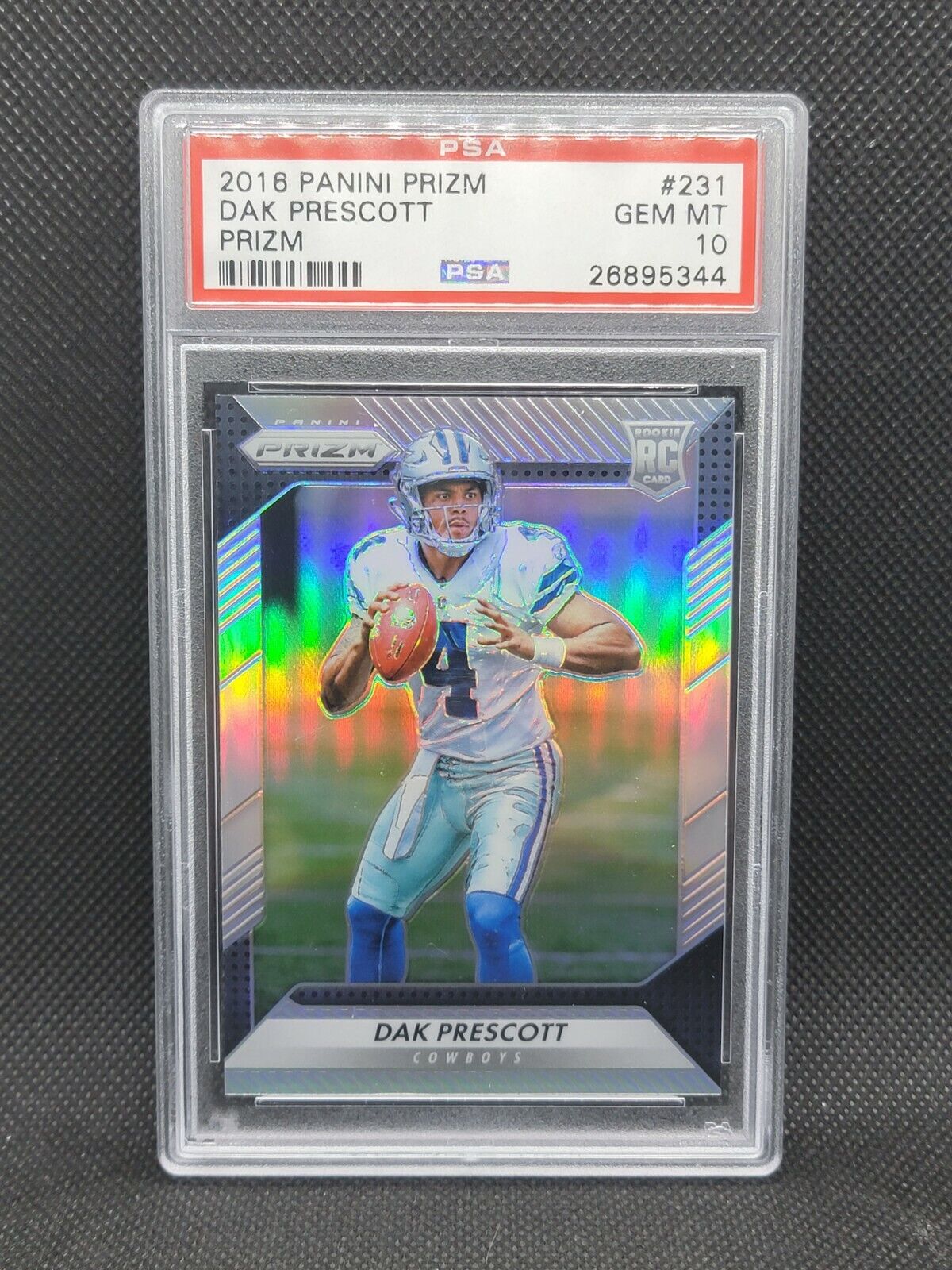 This isn’t the case now after the NFL kicked its new season off. The same Dak Prescott card encased in a gem-mint PSA 10 slab is now worth $1,000 on eBay. This price increase represents the market’s positive reaction to his return to the field.

With the NFL in full swing, there’s a lot to be excited about Dak Prescott cards in the market right now. Better scoop those affordable deals before this NFL star goes supernova in the coming months.

JUST IN: Kings are smart to not include young stars in Ben Simmons trade offers
Related TopicsBuccaneersCowboys

Max Scherzer admits to ‘dead’ arm after Dodgers go in deep hole vs. Braves in NLCS