The 2022 college football season is nearing its end, which means the offseason isn’t too far behind. This offseason figures be an eventful one, with recruiting and transfers sure to dominate the headlines. Though, the coaching carousel will be even more intriguing, and Jackson State head coach Deion Sanders is among the hottest coaching prospects on said carousel.

Since taking over at Jackson State in 2020, Sanders has done an outstanding job. The former NFL superstar led the Tigers to a 11-2 record in 2021, including their first ever appearance in the Celebration Bowl. The Tigers were even better in 2022, finishing 11-0 for their first undefeated season in program history.

.@DeionSanders and Jackson State finish with an undefeated regular season record (11-0) for the first time in school history 🔥 pic.twitter.com/f2S5ILQoDd

While Sanders has been a great coach on the field, what he has done off of it has been even more impressive. Sanders was able to flip Travis Hunter, the top-ranked recruit in the 2022 class, from Florida State to Jackson State at the last minute, making him the first five-star to ever sign with an FCS team.

With all that Sanders has done at Jackson State, he has become a sought-after coaching prospect. The list of teams linked to him include big-name programs such as Auburn and Nebraska, but also smaller schools such as Colorado and South Florida. No matter where he goes, that school will be getting a great coach.

With that said, let’s go over three of the best coaching fits for Deion Sanders.

Right away, Colorado has an obvious problem standing in the way of this move. The Buffaloes have had a lot of success in recent history, with just two winning seasons since 2005. This season might just be rock-bottom, as the Buffaloes are 1-10 and most of their losses have been blowouts.

Despite those struggles, Colorado hasn’t been half-bad in recruiting. The Buffaloes finished with the 47th-ranked recruiting class in 2022, ahead of some high-profile teams such as UCLA and Washington. They also currently sit at 45th in the 2023 rankings, and would only go up with Sanders’ recruiting prowess.

Colorado is also one of few teams that have been in talks with Deion Sanders, as reported by Carl Reed of 247Sports on Monday. The fan reaction to the news was overwhelmingly positive, which is already a great sign. If the Buffaloes want to bring a spark back to their team, hiring Sanders would be the way to do it.

If Deion Sanders comes to Boulder i will probably cry. (tears of joy)

Nebraska is another team currently in a rut, but unlike Colorado, the Cornhuskers have history on their side. They dominated throughout the latter half of the 2oth century, with 23 conference titles and five national championships in that time. Despite Nebraska’s recent struggles, that winning pedigree still carries weight.

That is especially true in recruiting, as Nebraska’s finished with the 41st-ranked class in 2022. Despite firing Scott Frost in September, the Huskers’ 2023 class looks even better, as they are 33rd in the country. That class features three four-stars, including Malachi Coleman, the top recruit in the state.

Like with Colorado, hiring Deion Sanders would boost Nebraska’s already strong recruiting class. The Huskers may want a more proven coach after the Frost experiment backfired, which may work against Sanders. If they do decide to go for a newer coach, though, Sanders is undoubtedly the best option. 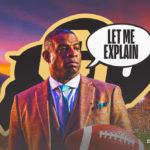 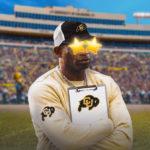 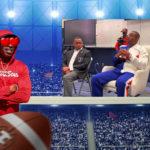 Let’s set aside the Lane Kiffin hubbub. Auburn has arguably the biggest hurdle to overcome of any team looking to hire Deion Sanders. That is because Sanders himself denied going there after false rumors of him going to Auburn circulated online. However, the move just makes too much sense to write it off on that alone.

The Tigers do have the problem of a weak recruiting class, as they rank 51st nationally and 12th in the SEC in 2023. Still, they do have eight four-star recruits to work with, and Sanders’ presence would boost the class even more. If he’s recruiting this well at an HBCU, imagine what he can do with SEC resources.

Auburn does also have the unfortunate situation of being in the same state as a perennial dynasty. Nick Saban and Alabama tend to overshadow their rival, not just on the field but also in terms of recruiting, transfers and many other aspects of the sport. The pressure to succeed at Auburn is immense, and that pressure would only grow with how-profile Sanders is.

However, Coach Prime has never been one to shy away from the spotlight. Whether it be as a coach or as a player, Sanders has shown that he will face any challenge head on. If there’s anyone who can handle the bright lights and high pressure of the SEC in his first FBS coaching gig, it’s him.