Did the tanking Blazers just shut down Anfernee Simons for the season’s remainder? 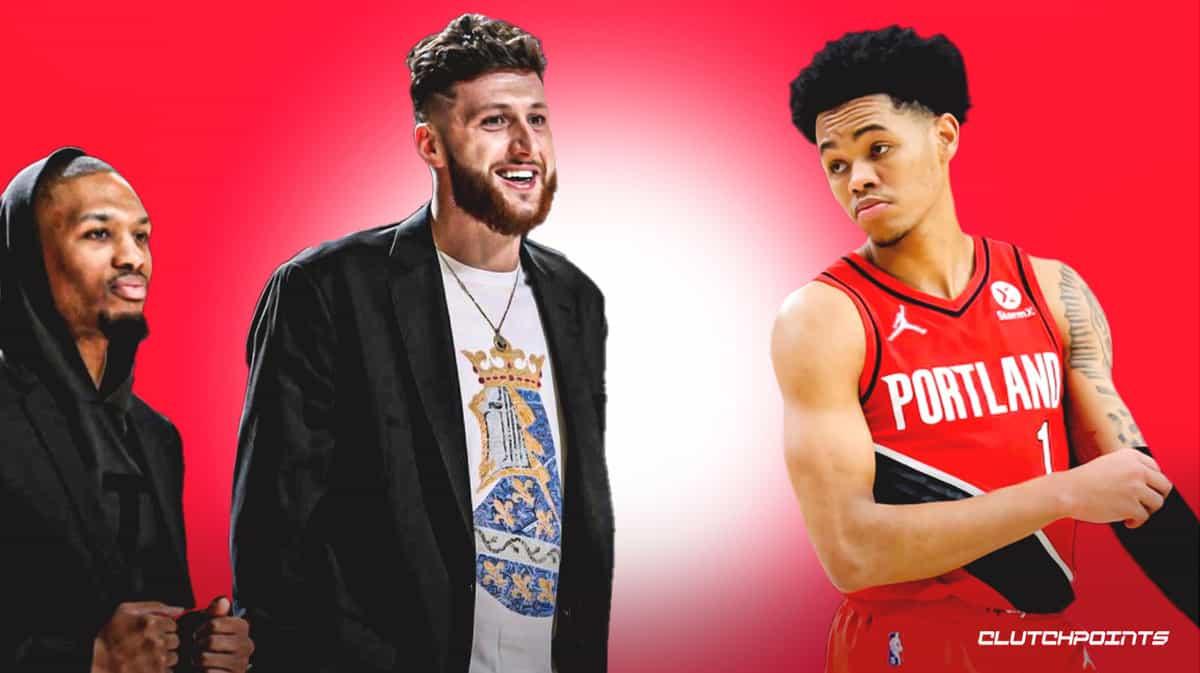 The last time Anfernee Simons took the floor was the last time the Portland Trail Blazers actually looked like they belong in the NBA.

That’s not a criticism of the second-round picks, undrafted free agents and G-League call-ups who have comprised Portland’s woefully depleted roster over the last few days, or even an aspersion on rookie head coach Chauncey Billups or interim general manager Joe Cronin. The Blazers dove headfirst into tanking at the trade deadline, then swam deeper and deeper into that abyss after the acquisitions of Josh Hart and Justise Winslow sparked a stunning 4-0 surge heading into the All-Star break—this team’s best all-around basketball of 2021-22.

Jusuf Nurkic and Winslow haven’t played since, out with left foot plantar fasciitis and right Achilles soreness, respectively. Hart even rested for the first leg of his new team’s two-game set against the Minnesota Timberwolves, leaving Portland with just eight active players as Greg Brown III and Elijah Hughes were scratched due to illness.

But it didn’t matter much with Simons on the floor. He dropped 38 points and nine triples on the Wolves in that 135-121 loss on March 5th, willing the undermanned, out-classed Blazers to a two-point deficit midway through the fourth quarter before Karl-Anthony Towns took over late.

After the game, Simons—who matched a season-high by playing 40 minutes against Minnesota—addressed the wear-and-tear inevitably associated with serving as a primary ball handler and defensive focal point for the first extended stretch of his career.

“[I’m] just trying to get used to playing that much,” he said. “Definitely, definitely one of the toughest things to deal with physically and conditioning-wise, just trying to pace yourself throughout the game, knowing that you’re gonna be there, be in the game a lot. Just getting used to it, keep going, playing through it.”

Simons learning to overcome that physical discomfort and mental strain, apparently, isn’t high on Portland’s list of priorities over the season’s remainder.

He missed the follow-up with the Wolves due to what the team called a left quad contusion, then was absent versus the Utah Jazz two days later with left patellar tendinopathy. On Friday, the Blazers announced that a subsequent MRI confirmed “mild” tendinopathy in Simons’ left knee, leaving him to be “reevaluated in one to two weeks”—and putting his status for the rest of the season in doubt.

A possible timeline for Damian Lillard’s return from mid-January surgery on his midsection was early March. But even though he was conducting rehab exercises the morning after going under the knife and is now healthy enough to have realized just how much pain he was experiencing before then, Lillard seems less likely to take the floor again this season than ever.

He all but confirmed that long-held assumption during a late February appearance on The Draymond Green Show, only for Portland to announce a few days later that Lillard was entering the “reconditioning phase” of his rehab and would be “reevaluated in one to two weeks.” We’re still waiting for that next update, but it’s basically a formality at this point.

Lillard isn’t playing again before next season, and all indications point to Nurkic—set to be “reevaluated” four weeks from February 23rd—remaining on the sidelines as well.

Their absence, especially combined with Nassir Little’s, should be enough for the Blazers to tank successfully. Simons’ meteoric rise into a game-changing all-court playmaker complicated got in the way of that overarching organizational goal, though.

Portland’s offensive rating with Simons in the game since Lillard went down is 110.8, per NBA.com/stats, and falls all the way to 97.9 when he’s on the bench—the difference between a slightly below-average offense and by far the worst in the league. Those numbers don’t include either of the Blazers’ last two games, when Brandon Williams, Trendon Watford, Keon Johnson and company barely scraped above 80 points while getting run off the floor by Minnesota and Utah.

“You see what we have out there, a lot of guys that usually play really well when you have your real roster,” Billups said following last Monday’s 124-81 loss to the Wolves. “Without those guys, you kinda have guys that will struggle in those situations.”

No one is doubting the veracity of Simons’ diagnosis. Tendinopathy, the swelling and inflammation of tissue connecting muscles to bones, is very common among NBA players. It’s so prevalent, in fact, that some routinely play through it, dealing with resulting discomfort by receiving regular treatment and taking precautions in practice.

Obviously, it’s not in the best interest of Simons or Portland for him to fight through this “mild” injury and play over the last month of the season. He’s due a massive raise in restricted free agency come July and has cemented himself as a fixture of this franchise’s short and long-term futures. The last thing either side needs right now is for Simons to suffer a more serious knee injury while compensating for his current one, putting his readiness for next season in doubt and potentially nullifying some of the incredible progress he made over the last nine weeks.

Don’t forget that the Blazers only retain their first-round pick this summer if it falls in the lottery. Sidelining Lillard and Nurkic cinched Portland’s active streak of eight consecutive playoff berths—the longest one in the league—coming to an end, but its ultimate odds in the lottery remain subject to change.

The Blazers are brazenly tanking, and rightfully so (via @ArmstrongWinter) #RipCityhttps://t.co/9JTPlsrUHm

Simons is currently slated to miss matchups with the Indiana Pacers and San Antonio Spurs coming in the next two weeks, plus a back-to-back against the Houston Rockets—all teams the Blazers could be “competing” with for draft position. Half of Portland’s final eight games of the regular season, for which he could theoretically be cleared to play, come against the Spurs and Oklahoma City Thunder.

The Blazers, remember, will get the New Orleans Pelicans’ first-rounder if it lands between picks 5-14. They’re less motivated to beat the Spurs, just a game behind New Orleans for the final play-in spot in the Western Conference, than any team remaining on the schedule.

Maybe Simons comes back by the end of March, picking up where he left off to provide Portland some tangible optimism heading into a crucial offseason. But the difference between a top-four pick and top-eight pick in the 2022 draft is huge, and netting the former would go a long way toward easing looming frustration gleaned from such brazen efforts at tanking.

The Blazers, who own the worst point differential in league history over a six-game stretch during their ongoing losing streak, have already done the hardest part—effectively shutting down Lillard and Nurkic. Considering the potential risk of his return and potential reward of his continued absence, doing the same with Simons should be easy.