The top of the National League has some ridiculously scary teams. In any other year, the Atlanta Braves and the New York Mets would be fighting for the top of the conference. Both teams have been lights out, especially in the second half. However, one team has been consistently great all season long: the Los Angeles Dodgers.

The Dodgers’ vice grip on the National League rests on the power and excellence of their hitters. This is exemplified best by Freddie Freeman’s recent comments about his personal goals for the season. The ex-Braves first baseman said that his goal as a player is for his coach to not worry about his hitting. (via Dodgers on Twitter)

"My goal every year is for Dave Roberts not to worry about me. Just to pencil me in, and just let me go." – @FreddieFreeman5 talks to @THEREAL_DV about the "art of hitting."#Dodgers pic.twitter.com/TNKNxERjqx

Freddie Freeman was the Dodgers’ big acquisition in the offseason. After winning the World Series with Atlanta, the star first baseman went to LA on a lucrative deal. Since he joined the team, Freeman has been a consistent bat for them, hitting over .320 this season with a .914 OPS. He has been one of their best players all season long.

The Dodgers are once again gunning for the World Series crown. Their title defense season ended at the hands of the Braves, who proceeded to win it all. Now, they’ve looked like the most dangerous team in baseball today. Even their reserves have been lights out, as guys like Trayce Thompson have stepped up big-time in crucial moments.

The National League playoffs are shaping up to be an entertaining watch for neutral fans. Can the Dodgers come back from their heartbreaking 2021 loss and recapture the World Series crown? 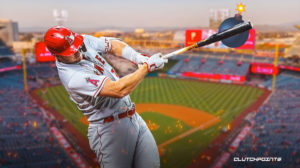