The Miami Dolphins pulled off a shocker on Sunday. They trailed the Baltimore Ravens 28-7 entering the fourth quarter and came back to win 42-38. In the process, both Tyreek Hill and Jaylen Waddle went absolutely bananas in the win. Hill finished with 11 catches for 190 yards and two touchdowns. Meanwhile, his teammate Jaylen Waddle also pulled down 11 catches. He turned his into 171 yards and two touchdowns.

Hill and Waddle became the first teammates to each catch 10 passes for over 150 yards and two touchdowns in the same game.

Teammates to have 150+ Receiving Yards, 10+ Receptions, & 2+ Receiving TD in the same game in NFL history:

The Ravens were without three of their four starters in the secondary due to injury. Clearly, Dolphins head coach Mike McDaniel was aware of that fact and game-planned for it. Tua Tagovailoa made it look easy as he tied a Dolphins franchise record with six touchdown passes. The previous mark was held by both Bob Griese and Dan Marino.

The Ravens took the opening kickoff back for a touchdown and appeared to not look back. Lamar Jackson had a massive game, throwing for over 300 yards and three scores to go with over 100 yards rushing and another touchdown. But it was all for naught as the Dolphins stormed back in the final quarter.

On back to back possessions, Hill found himself wide open in the Ravens secondary, scoring from 48 yards and then 60 yards out. John Harbaugh dropped just his second home opener as the Ravens head coach, now 13-2.

The Dolphins improved to 2-0 with the win and are currently atop the AFC East. The Buffalo Bills play Monday night in their home opener against the Tennessee Titans. 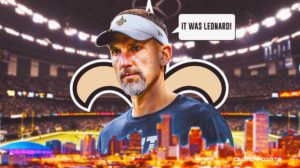