When Dragon Quest X was first released in 2012, it was an MMORPG. After a whole decade of waiting, it can now be played offline. Keep reading to learn more about Dragon Quest X Offline, its release date, gameplay, and story.

Dragon Quest X Offline releases on September 15, 2022 in Japan (September 14 in the US) on Playstation, Nintendo Switch, and PC. While the game is Japan-only at the moment, we are hoping for a Western release in the future as the game attracts more attention worldwide.

Dragon Quest X Offline is a single-player role-playing game. In it, players must travel the land, fighting enemies, leveling up, and eventually saving the world. The combat system is very similar to other titles in the genre. Players and enemies take turns in inputting combat commands, then wait for their next turn to happen. This loops until either side is defeated, although ideally, it’ll be you that stands victorious. Dragon Quest X, however, employs the Active Time Battle system. Instead of waiting for your turn like in a queue, each character has a waiting time that runs even while others are attacking. This means that players have to be fast on their feet while playing. Taking too long would allow the enemies to attack you more than you attack them. Mastery of this system is important.

Other than combat, players can explore a wide, open world, just like other RPGs. Players have access to taverns, smithies, and other facilities that can help them on their way. Dragon Quest X Offline even introduces a new system where you can add your friends’ characters to your world via the Adventurer’s Tavern. You can do this by getting your friend’s Friend Spell, or ID, and inputting it in the tavern. Once you have invited your friend, they can now participate in Monster Subjugation Requests. The more friends you add, the more quests you can accomplish. This feature is most likely the game’s way of implementing some of the multiplayer features of the original MMORPG in a single-player setting. 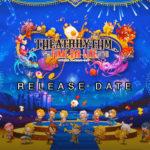 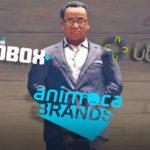 The story in Tenton, a small village in the land of Astoltia. You take control of an orphan, who lives with their sibling. Peace in Tenton shatters when the Lord of Hell, Nelgel, attacks it. During the attack, your soul transfers into the body of one of five non-human tribes. These tribes are the Ogres, Pukiipo, Weddle, Elves, and Dwarves. Your sibling, on the other hand, travels to the past, safe from Nelgel’s grasp. It is now your job in your new body to find sacred emblems that will help in sealing Nelgel and saving the world.