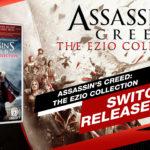 Five Nights at Freddy’s: Security Breach will launch on PC, PS4, and PS5 as timed console exclusives on December 16, 2021. The game will be released on other consoles within the next three months.

The game’s name is sort of a misnomer as, unlike previous FNAF games, Security Breach will be played in just one night instead of five. Aside from that, the game will be set in a mall instead of a pizzeria, It also has a friendly animatronic: Glamrock Freddy, and, above all, allows free-roaming. That’s a lot of firsts for the series in this game, a huge step for the entire franchise. No wonder the game got delayed twice. But no matter, fans will get to play this evolution of FNAF soon enough, and hopefully, the changes in gameplay won’t get in the way of FNAF‘s unique brand of humor.