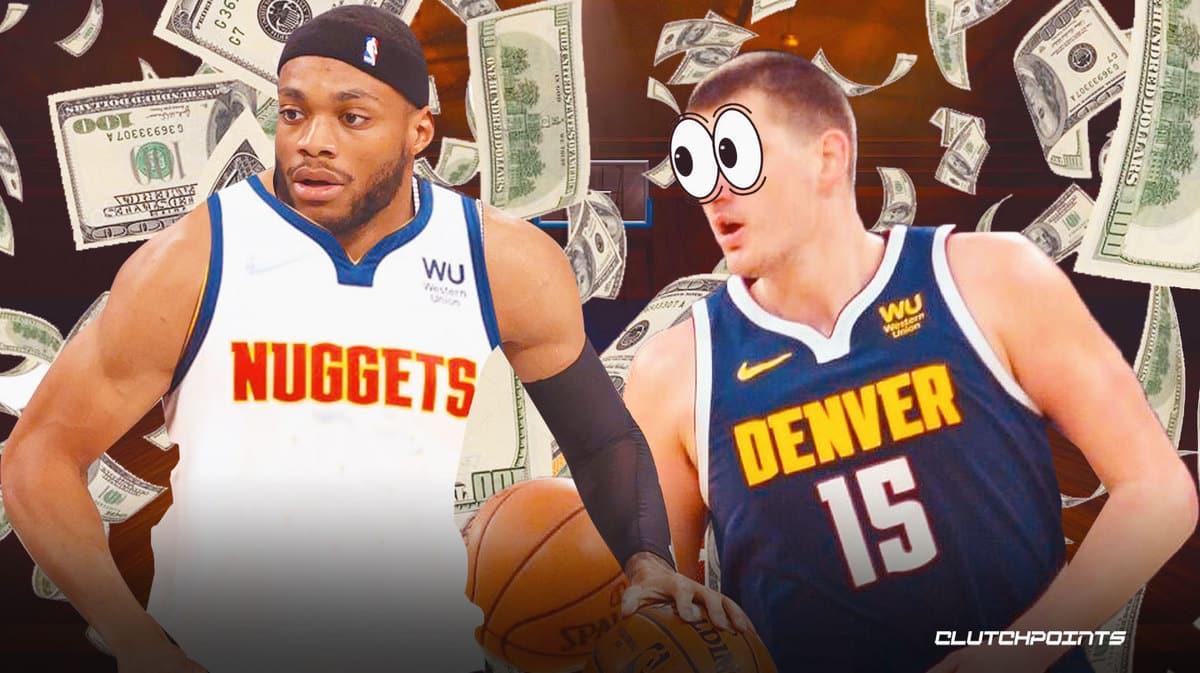 The state of the Brooklyn Nets has drastically changed in the past few days. After being looked at as one of the biggest title contenders with their superstar tandem, the fall from grace has been rapid. Kyrie Irving evaluated the market and did his best to find a new location before taking the money and opting back into his $37 million player option. Soon after this, Kevin Durant shocked the NBA world by requesting a trade.With the organization in a state of flux, it was no surprise to see Bruce Brown search for a new destination, and he found one with Nikola Jokic and the Denver Nuggets.

Brown was the Nets’ most reliable role player on the roster. He is comfortable playing within his role and does so at a high level. The Nuggets jumped on the opportunity to add the complementary piece, nabbing Brown on a two-year, $13 million deal, which will prove to be valuable as they make the leap in contention next year.

Grade for Nuggets: B+

The Nuggets are set to make a massive leap in contention next season. The injuries to Michael Porter Jr. and Jamal Murray held them back in 2021-22.  With the duo set to return to the court and join Nikola Jokic, expectations will be increased greatly. While their impact is sure to be the biggest factor, the Nuggets need impactful role players as well. Bruce Brown is a terrific fit for this and will flourish in Denver.

A two-year deal for $13 million is great value for Brown. He averaged 9.0 points, 4.8 rebounds, 2.1 assists, and 1.1 steals per game last season. While he carries a reputation as a poor shooter, Brown shot 40.4% from 3-point range. He is a gritty player who will fit nicely on the Nugget roster. His rebounding ability and willingness to do the little things are major assets. The duo of Brown and Aaron Gordon will be a nice compliment that will add toughness to the Nugget roster.

Denver is clearly focused on upgrading its rotation, Brown is another step in the right direction. He is a playoff-caliber bench piece who will fit nicely alongside the starter or with the second unit. Kentavious Caldwell-Pope, Aaron Gordon, and Bruce Brown are all high-level role players the Nuggets will be counting on. While star players typically get most of the shine or criticism, having the proper role players is essential to playoff success.

Grade for Bruce Brown: A-

The free-flowing nature of the Nuggets’ offense could unlock the ability of Bruce Brown in a way that has yet to be seen. The Nets played an isolation-heavy offense with Kevin Durant and Kyrie Irving dominating possession of the ball. This forced Brown to make most of his impact doing the little things. He was effective as a screener and offensive rebounder, which provided great value. In Denver, the passing ability of Nikola Jokic could reward Brown as a cutter more often. This is an area of his game that has been underutilized in Brooklyn.

The 25-year-old has an interesting style of play. He stands just 6’4” with a 6’9” wingspan. The Nets used him as a roller often in their offense, and his playmaking ability provides an interesting layer. Brooklyn relied on this heavily on offense and got rewarded often. The Nuggets can capitalize on this as well with Brown looking to connect with Aaron Gordon or Kentavious Caldwell-Pope as the primary cutters:

Every non-shooter in the NBA 6’6 or below needs to watch tape on Bruce Brown.

He’s been amazing in the short roll with his floater or lay down passes. Also flashes middle when their stars get blitzed.

Throw in his activity on the offensive glass & you can’t ask for much more. pic.twitter.com/QiYyAMhbyd

It may not be a move that steals all the headlines, but this is a great move by Denver. Bruce Brown is a great fit on the team and increases their chances of contending. The Nuggets have high expectations heading into next season, making this is another key win-now move.