After being announced last year, Gundam fans have been eagerly waiting for its full release. After a lengthy closed beta test, it is now finally ready. Continue reading to learn more about Gundam Evolution, it’s release date, gameplay, and its story.

Gundam Evolution is coming out on September 21, 2022 for PC. The game will also be available on Xbox and Playstation, but the release for the console version is not until November 30, 2022.

Gundam Evolution is a hero first-person shooter. Players select from a variety of mobile suits, or Gundams, and compete in a 6 vs 6 battle. Each mobile suit has a different loadout, allowing for a variety of playstyles. Some, like the Barbatos (a Gundam from the anime series Iron-Blooded Orphans) use a spear-like melee weapon. Others, like the aptly named GM Sniper II, uses long ranged weaponry. Some of the Gundams even have a balance of short and long-ranged weapons. It is up to the player to try them out, and figure out which Gundam fits their playstyle the most. Fans of the series will actually be able to recognize the Gundams in the game, as they have all appeared in the various content the franchise has produced.

The game has three objective-based game modes, which is very typical for a hero shooter. These three game modes are Point Capture, Destruction, and Domination. Point Capture assigns an attacking and a defending team. The job of the attacking team is to capture control points on the map in order, while the defending team prevents it from happening. Destruction is similar to Point Capture in that teams are also divided into Attackers and Defenders. The main difference is that instead of capturing a point, the Attacking team has to destroy the objectives instead. Domination has no attacking or defending team, but the players have to fight for control over control points. 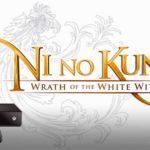 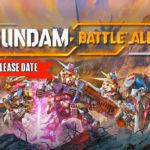 As most hero-shooters go, Gundam Evolution does not really have an over-arching story. It also does not seem to have a single-player campaign or story mode. However, if the main plot of every Gundam story is anything to go by, the Gundams are most likely fighting for their freedom against the oppressors.

For our thoughts on the initial Gundam Evolution announcement, click here.