Hell Let Loose, a gripping, realistic, and immersive 50v50 war simulation set in World War II, has recently had its full release in July for PC. Having spent two years in Early Access, Hell Let Loose was able to grow its playerbase thanks to consistent updates, a lot of fine-tuning, and overall quality. Now, all hell will be let loose again as players from consoles join in, as Hell Let Loose‘s release date for next-gen consoles arrive.

Hell Let Loose will be released on October 5, 2021, for the Xbox Series X and the PlayStation 5. It will also be one of the three free games featured in this month’s PS+ catalog, along with Mortal Kombat X and PGA Tour 2K21. Hell Let Loose assigns players as part of a platoon, battling with one of the three sides of the Western and Eastern fronts of the war: Soviets, Americans, and Germans. The Soviets have just been recently added to the game when it became fully released in July. Apart from that, players can expect the following features: 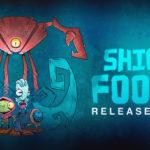 Hell Let Loose will also enable cross-platform between console players, but not PC players. The experience will definitely be different when played with a keyboard and mouse set-up compared to a controller setup, so this design decision makes sense. Regardless of which platform you play in, you’re sure to experience a visceral take on war with Hell Let Loose.