Inter Milan is currently pushing to come to terms with some of its coveted talents for new contract deals after such a chaotic summer transfer window. And next on the club’s list is its main go-to center-back.

As noted by the Italian-based outlet CalcioMercato, Inter Milan club officials see a possible contract extension agreement with center-back Milan Skriniar as a priority for the team.

Inter Milan is currently aiming to finalize an agreement with Skriniar for a new contract deal, as he is set to become a free agent in two years.

The Italian-based outlet SportMediaSet further added that this agreement between the two sides may become official within mere weeks. For the moment, the Slovakian defender is expected to sign off on a deal that will add two more years to his current contract and up to his yearly salary from €3 million to €4 million, coupled with bonuses.

Skriniar has not had a shortage of suitors interested in signing him to a permanent transfer deal, especially as the likes of Premier League sides Tottenham and Chelsea were linked with him over the summer transfer window. Still, all signs now point to Skriniar extending his stay with the reigning Serie A champions. 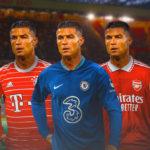 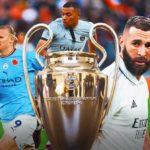 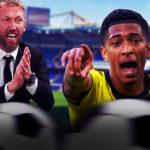 Over the past year, Skriniar has had quite a turnaround for Inter Milan. Ahead of last season, he was heavily linked with a departure from the Serie A side. The veteran center-back not only stayed with the Italian powerhouse, but he also played one vital role in the team’s run to Serie A triumph last season.

With a new contract extension deal on the horizon, Skriniar sure will now look to help Inter Milan successfully defend its Serie A title. The Nerazzurri currently sits at second place in the Serie A standings behind a Napoli side that has won all five of its fixtures so far this season.