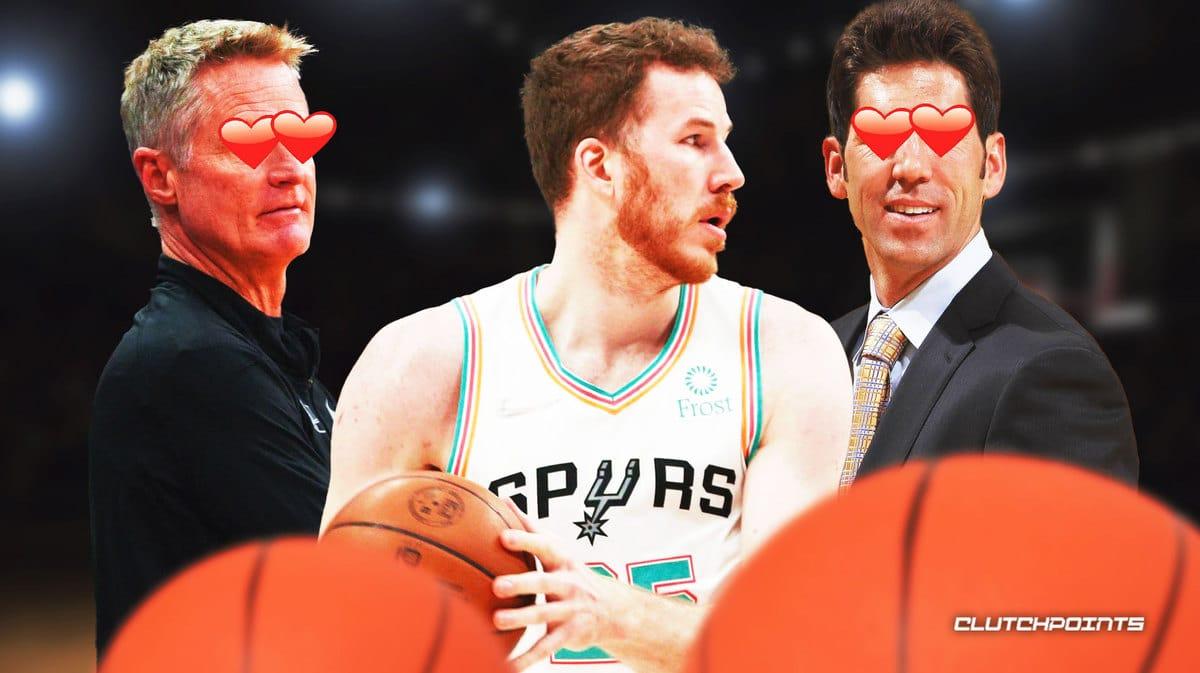 The Golden State Warriors won one of the most impressive championships last year because of the inspiring journey they endured before winning their first chip since 2018. With an enormous payroll entering this 2022-23 campaign, they needed to let go of some critical pieces like Gary Payton II, Otto Porter Jr., and Nemanja Bjelica.

The role players of this iteration of Golden State have been abysmal as the second unit has struggled immensely in the first quarter of this 82-game NBA season. One glaring weakness is the Warriors frontcourt as Draymond Green and Kevon Looney are given the major responsibilities of holding the fort the whole game. One move that heavily improves their depth in the front court is acquiring San Antonio Spurs center Jakob Poeltl.

With the lack of flexibility and depth in the Warriors roster, they do not have many options to choose from in any sort of trade. Giving away Jonathan Kuminga or Moses Moody for Jakob Poeltl will be an instant loss for Golden State despite the inconsistencies of both Kuminga and Moody. Those two individuals have immense potential, while Poeltl is a bargain with an expiring contract this season.

The current predicament puts the Warriors with only James Wiseman as the only possible piece they can move for Poeltl. That is the perfect offer for the Warriors because Wiseman’s style of play does not mesh well with the system of head coach Steve Kerr. On the other hand, San Antonio can take a gamble on Wiseman because they are tanking this season for a chance to draft Victor Wembanyama next year.

Wiseman is still a No.2 overall pick who is an athletic seven-footer, so maybe he can still thrive in another system like head coach Gregg Popovich. The Warriors do not have the liberty of time to develop James Wiseman and wait for him to mature because their nucleus led by Stephen Curry is all over 30 years old. It seems evident that if ever Wiseman flexes his wares at the NBA level, it may still take a minimum of three years. 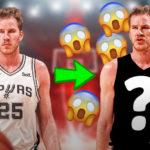 On the Warriors side of things, they are eager to search for a big man that will complement both Green and Looney. Some names circulating in the rumor mill like Myles Turner or Mo Bamba could also fit in Golden State, but adding Poeltl is the most feasible and realistic scenario. The Warriors are currently 23rd in rebounds and 23rd in blocks in the NBA, and that cannot continue if they want to be in the thick of things in May and June.

For a center to be added to the Warriors organization, it is a given they will unlikely receive clutch minutes in the postseason. Thus, that is another reason why Jakob Poeltl fits the billing his salary is at a reasonable price for only one season, and he will address the rebounding and rim protection concerns for Golden State. Depending on the matchup, Kerr can decide between Looney or Poeltl on who will start as the best big man on the opposing team.

In a read-and-react system like the Warriors, Poeltl will flourish in that style because he has quick reflexes with the constant cutting and screening necessary in that squad. Jakob Poeltl can study film on Andrew Bogut because he can emulate his role during the early championship runs of Golden State. Poeltl’s assists numbers are close to four per game this year, and his shot-blocking has been consistent throughout his NBA career.