Jose Aldo had a rough point in his career after he lost to Petr Yan at UFC 251. The Brazilian was thinking about walking away from the sport.

The retirement talk usually happens when fighters realize they can’t win a UFC title anymore. Losing that fight seemed like it was going to set Jose Aldo back a lot.

Jose Aldo spoke to MMAFighting in the lead-up to his Rob Font fight. He revealed he was ready to walk away from the UFC.

“I was already thinking about retiring really, I had that in mind,” Aldo said. “But after the Petr [Yan] fight, the pandemic and et cetera … those [Brazilian Navy] kids lit a fire inside me, brother. I have so much will to fight these days. I’ve been with the Navy for almost two years now, since the [start of the COVID-19] pandemic. Man, I’m feeling like a boy again, learning every day, changing my fighting style. That renewed me to fight again, lit the fire I needed.”

Jose Aldo isn’t retiring now but that doesn’t mean he wants to continue fighting in the UFC well into his 40’s. The former champion knows when it’s time to say ‘enough.’ 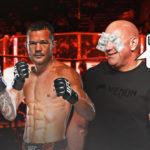 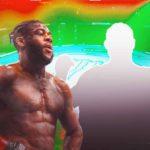 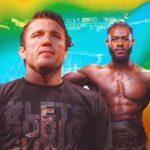 “For the love of God, no,” Aldo laughed. “We think about winning the bantamweight [belt]. After that, I’ll sit down with ‘Dede’ [Pederneiras] and see what we can do with my career.”

Jose Aldo is set to main event UFC Vegas 44 opposite rising contender Rob Font. The winner would find themselves in an excellent position to potentially fight for the belt.