Keep ‘Em or Sell ‘Em: Is it time to invest in Aaron Gordon NBA cards?

Don’t look away now, because the playoff race in the West is going wild. In addition to the top two teams in the Utah Jazz and Phoenix Suns and the two Los Angeles squads, the Denver Nuggets have seemingly been unlocked for the playoffs by their newest addition: Aaron Gordon.

The 6-foot-8 power forward from the University of Arizona came over from the Orlando Magic via trade just last month. In exchange for Gordon, the Nuggets sent Gary Harris, R.J. Hampton, and a first-round pick to the Magic. While this move posed some questions at first, Air Gordon’s arrival has yielded a lot of dividends for Denver.

Along with his resurgence in the Mile High City, Gordon’s card value could potentially see an increase down the line. We take a look below at how Aaron Gordon is performing on the court and the card market, and if he’s worth investing in.

Gordon’s performance in Denver since the trade deadline

The Nuggets were left with a void at forward when Jerami Grant went to the Detroit Pistons in the offseason. Throughout the start of this season, Denver didn’t have an answer for the league’s best wings, such as Kawhi Leonard and LeBron James. But after acquiring Gordon at the trade deadline, that need has been taken care of.

In the six games Gordon has played, the Nuggets haven’t lost yet. During that stretch, they have faced and defeated top teams, such as the Los Angeles Clippers and Philadelphia 76ers. For his part, Gordon is averaging 12.5 points, 4.1 rebounds, and 2.6 assists as Denver’s starting power forward.

Apart from his contributions on the offensive end of the floor, Gordon has been providing quality stops on the defensive end. Thanks to his presence, Denver gets to unlock Michael Porter Jr. offensively while hiding his defensive flaws. Nikola Jokic also gets another teammate who can cut to the rim and get an easy bucket when they need it.

With Gordon in the mix, the Nuggets have a better chance of facing off against tough squads in the West by resolving their biggest need: a player who can get both buckets and stops whenever he’s on the floor. This contribution can help Denver get over the hump and potentially make a deep run in the postseason.

The state of the Aaron Gordon cards market

Before he was traded to Denver, Gordon’s PSA 10 Prizm rookie card was selling for around $167.5 on eBay. At some point early in the season, this graded card even went down to $29 on the market. The same can’t be said after Gordon went to the Nuggets and started winning with his new team. 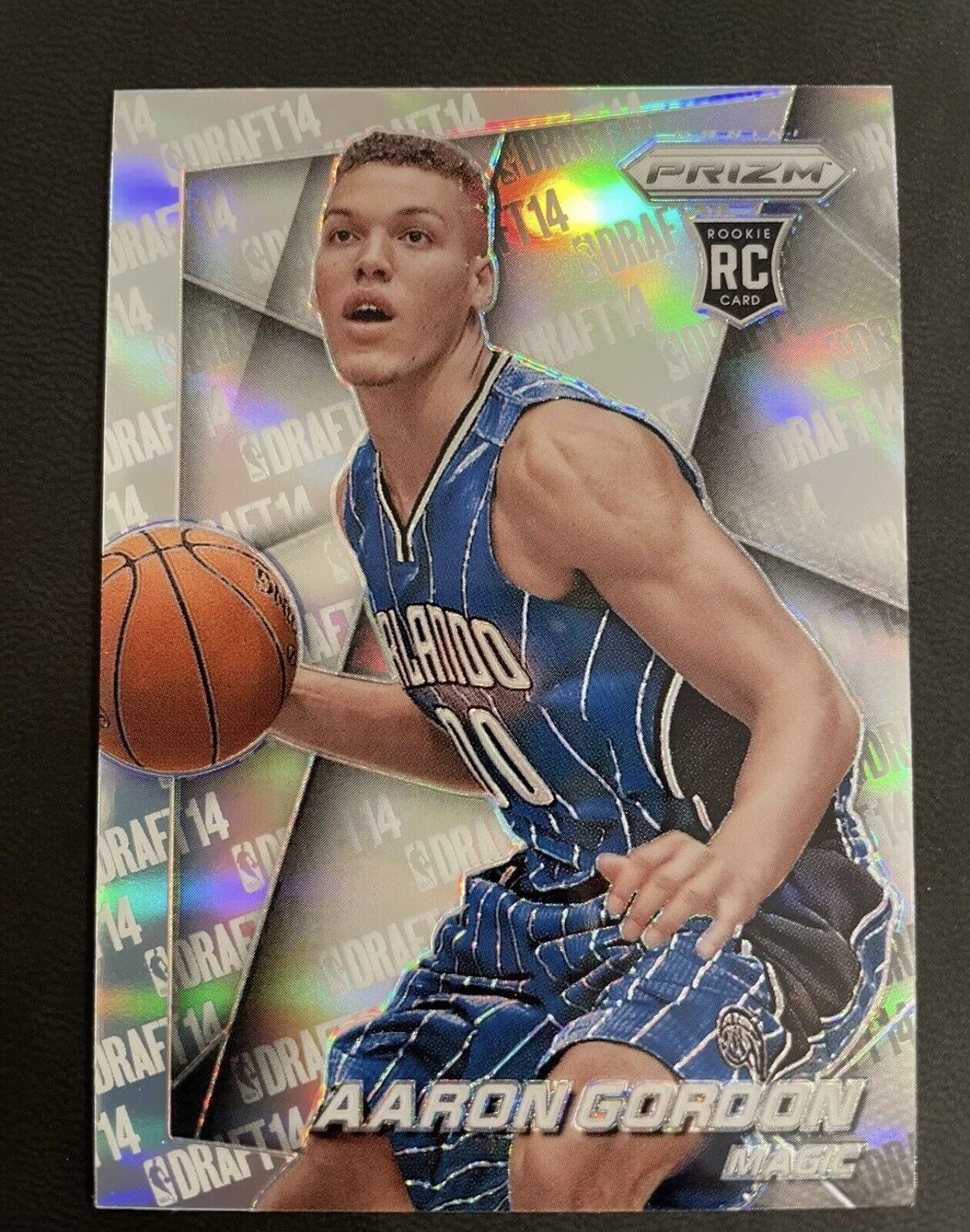 Now, Gordon’s PSA 10 Prizm rookie card is going for $233, with Denver’s recent winning streak serving as the primary catalyst. This can go up further if the Nuggets, at least, return to the Western Conference Finals. On the other hand, all bets are off if they exit the postseason earlier than expected.

Gordon has been given a new lease of life in Denver, and his card value is certainly reflecting it as he continues to be a hit with his new team. Now that he’s on a winning team, his card prices will also benefit from this development. Better take a look at those Aaron Gordon rookie cards, check those that are below market price, and nab them before they potentially go up soon.