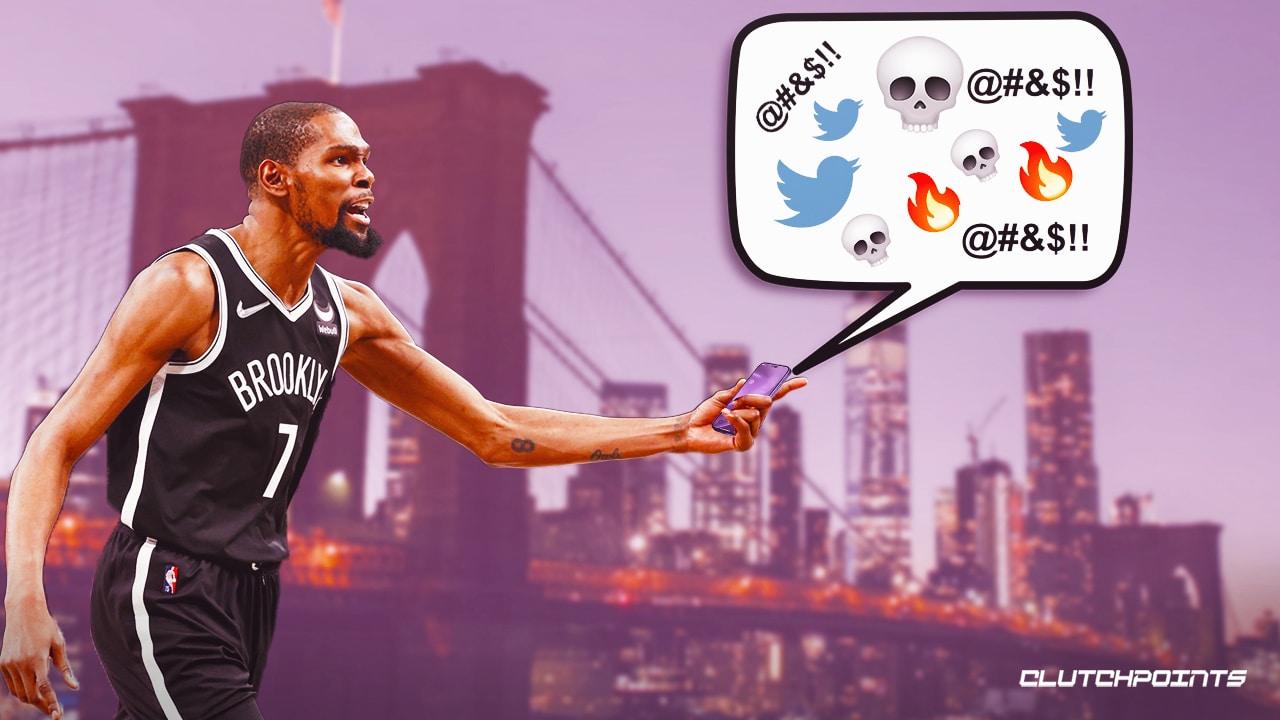 Kevin Durant is the largest domino yet to fall in an otherwise relatively stale offseason. And yet despite his rather public standoff with the Brooklyn Nets, KD still finds the time to clap back against his haters on social media.

The former MVP responded to claims by fans that he is ultimately culpable in what some feel is a player empowerment movement gone haywire with players wielding and sometimes abusing their power over teams despite being under contract. One fan singled out KD, claiming that the looming changes to the CBA likely going against the players is part of his legacy:

Without a doubt @KDTrey5 this yo legacy dawg. Left the game in a worse shape than you found it smh

The responses to Durant’s tweet largely centered on his most controversial career move of joining the Golden State Warriors. It’s not exactly groundbreaking stuff given that it happened ages ago, but the spotlight is once again on him with his latest trade demand, so it’s not like it’s out of nowhere.

KD took his sweet time replying to a handful of online critics, most of whom did their best to disparage the 12-time All-Star:

And that’s fine. Enjoy that perspective my man. Not mad at u for it.

Aye I be wanting people on twitter to realize that they just can’t stand to see me do well in life lol. But to acknowledge that would make them haters so they won’t ever admit but it’s still fun trying ti get them to accept it

One fan said Kevin Durant’s departure from the Oklahoma City Thunder to join the Warriors was like if Michael Jordan joined the Detroit Pistons before he won his first ring. KD took it in stride, taking even just being compared to His Airness as a sign of respect despite going against the poster’s original intention:

So I’m mj now? That’s not a bad comparison. Thank u https://t.co/BdaCwB0DhY

His career isn’t over just yet, but Kevin Durant will likely go down as one of the most polarizing superstars in NBA history. That, and one who isn’t afraid to get petty on Twitter.