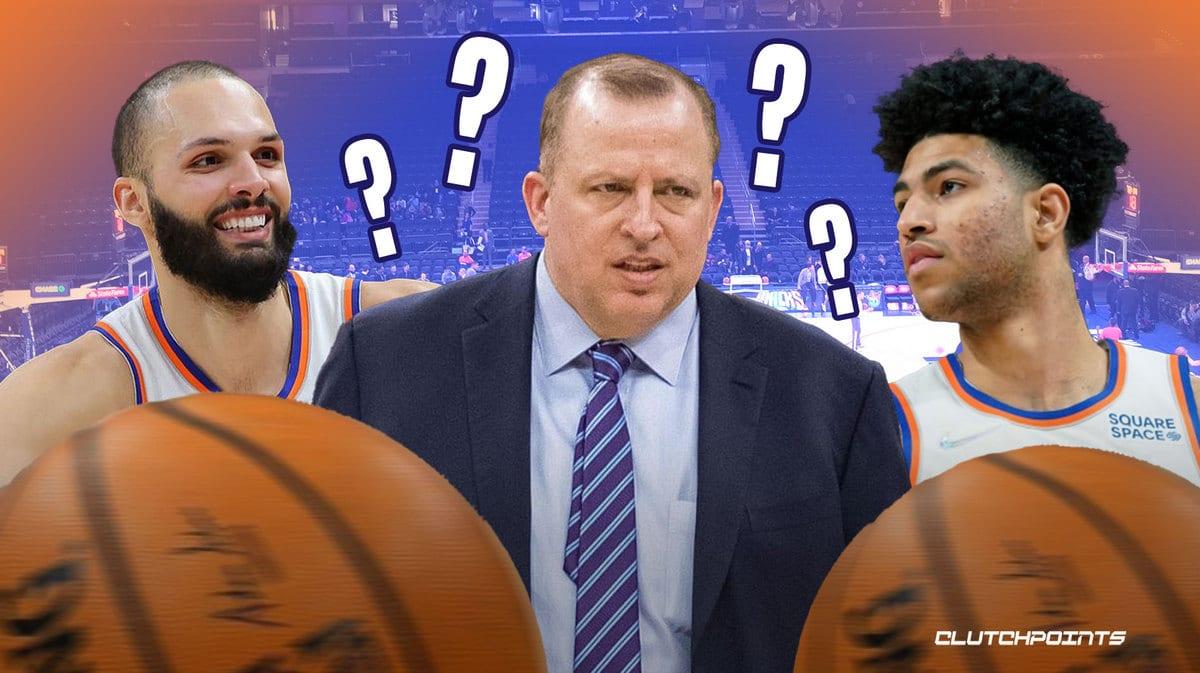 The New York Knicks start training camp on Tuesday and fans are already up in arms over one of Tom Thibodeau’s comments.

Thibs said that Evan Fournier is the frontrunner to start at shooting guard ahead of both Quentin Grimes and Derrick Rose. That has Knicks Nation furious.

Knicks front office: nah we not gonna put Grimes into this under any circumstance

Knicks coach: we gonna play Grimes 12-15 min a night while I play my 30 year old

Definitely a questionable decision from Thibodeau. Fournier wasn’t great by any means in 2021-22 for the Knicks, averaging 14.1 points, 2.6 rebounds, and 2.1 assists. He started 80 games.

The thing is, New York wasn’t willing to include Grimes in any deal for Donovan Mitchell because they valued him too much. What happened to that? Now, he’s going to play 15-20 minutes per night as a backup SG. This kid is young, hungry, and capable. But instead, Thibs is going to go with Fournier, who isn’t exactly the answer. Plus, you also have D-Rose.

The addition of Jalen Brunson should definitely make the Knicks better and if Julius Randle can bounce back in 2022-23, they could be a fringe playoff team, especially if RJ Barrett takes that All-Star leap, too. However, Fournier shouldn’t be starting. It has to be Grimes.

The former University of Houston star only played 46 contests a year ago and averaged just over six points per outing. He’s a player that NY fans love and deserves a bigger role.

On a more positive note, Thibs did say Fournier is the frontrunner. He didn’t solidify that the Frenchman will start for sure at SG. If Grimes can make a big impact in camp, perhaps the Knicks HC may change his mind.