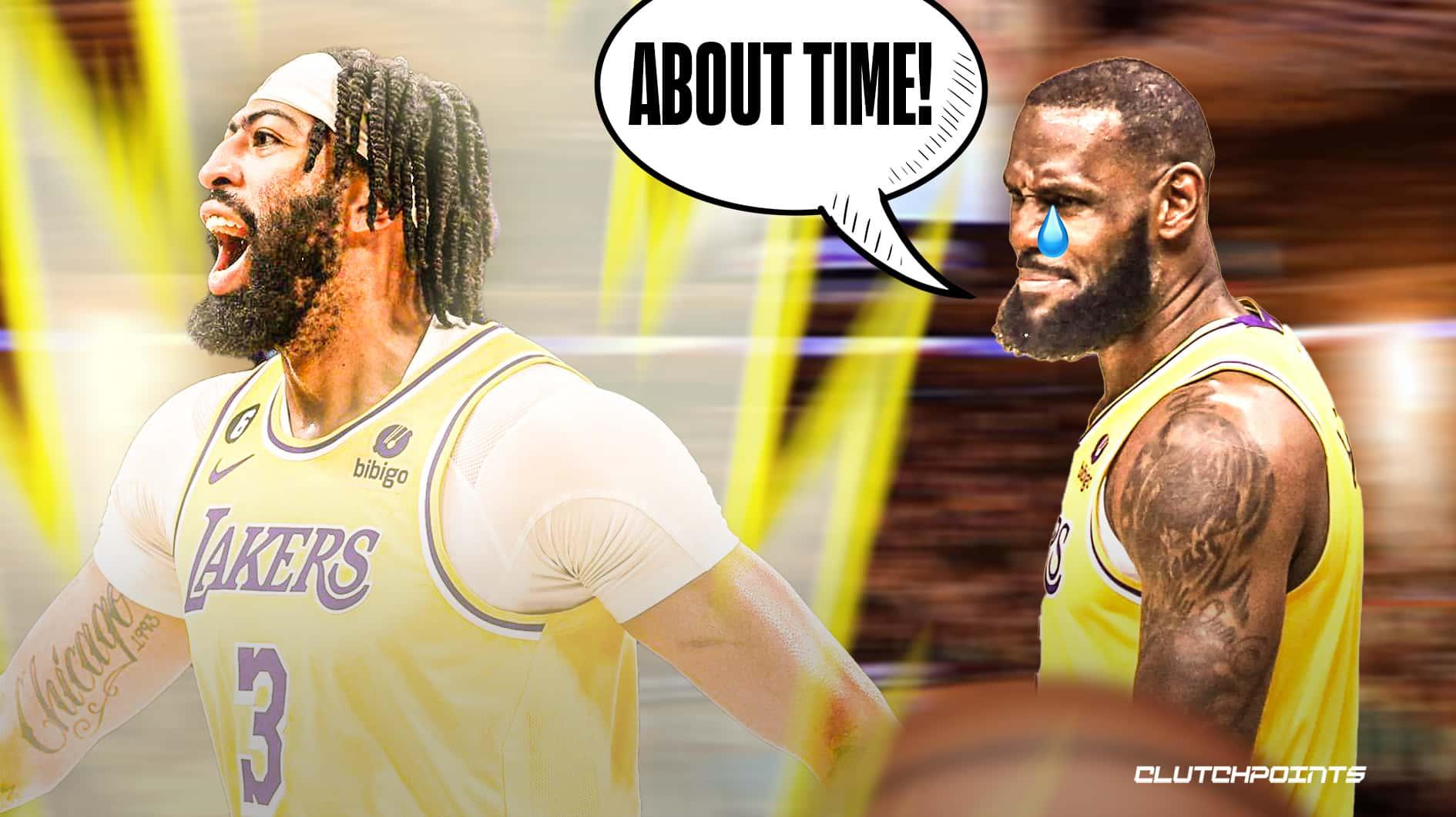 Is Anthony Davis officially back? It seemed like the consensus amongst NBA fans was that the Los Angeles Lakers forward’s best days were behind him. Over the last few weeks, though, Davis has looked like the same beast that dominated the league in 2020. He’s averaging nearly 30 points and 13 rebounds over the last six games.

Anthony Davis’ resurgence has come at the perfect time for the Lakers, as LeBron James continues to miss time due to a groin injury. The All-Star forward acknowledged that he and the rest of the team needs to step up without LeBron, per Dave McMenamin.

“Obviously when he’s out, or if I’m out, we take it upon ourselves to kind of, as much as we can, fill that void,”

Anthony Davis also talked about what LeBron James told him about his recent return to form. LBJ’s comments perfectly echo Lakers’ fans feelings: AD is officially back in business.

“We haven’t talked about it, but he did say that I’m playing like my old self, so I’m trying to get back into that rhythm,”

After starting the season at an awful 2-10 record, the Lakers are slowly starting to find their footing without LeBron. They’ve won their last three games, bookended by a complete demolishing of the San Antonio Spurs. Anthony Davis’ resurgence has breathed new life into this team, as they look to reclaim the NBA championship.

Lakers fans are now hoping that this performance from Davis continues even when LeBron James returns. The team is so much better when both of them are performing at their optimal capacity.