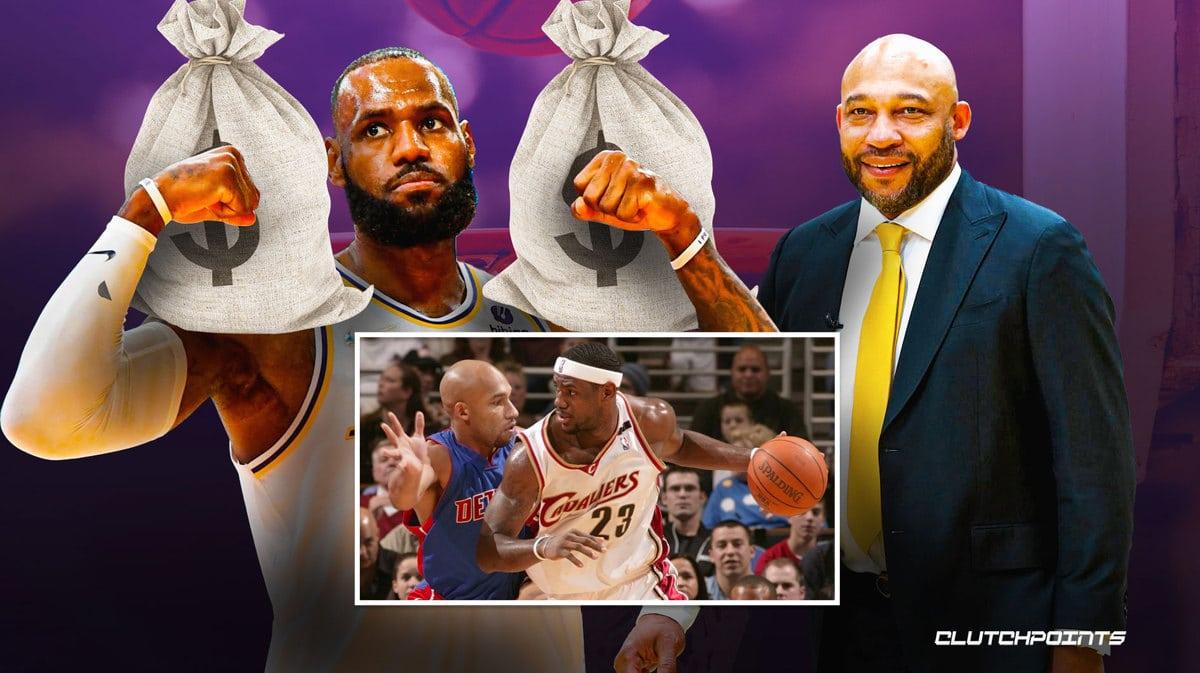 LOS ANGELES — During what’s supposed to be one of the quieter months of the season, the Los Angeles Lakers landed a major agreement with one of the game’s best players. LeBron James agreed to a contract extension with the Lakers, locking him in with new head coach Darvin Ham and the Lakeshow until, at least, the 2023-24 season with an option for the 2024-25 season.

Darvin Ham recently made an appearance at the 2022 Harold and Carole Pump Foundation Gala in Los Angeles. Celebrities from all over the sports and entertainment world made their way to the Beverly Hilton Hotel last Friday night, each one donating and supporting the Pump brothers, who have raised more than $8.5 million for the Carole Pump Women’s Center, Harold and Carole Pump Department of Radiation Oncology, and the Leavey Cancer Center at Northridge Medical Center and other non-profit community charities.

ClutchPoints caught up with the Lakers head coach at the Gala, which honored Oscar De La Hoya, Ozzie Smith, Ray Lewis, Steve Madison, and Ken Goldin for their support over the years. Ham said he’s beyond ecstatic the franchise will be keeping a player of LeBron James’ caliber for the foreseeable future.

“It’s huge, man,” Darvin Ham told ClutchPoints in an exclusive interview. “It’s huge. LeBron is once-in-a-lifetime player. You only get so many players. Not even so many. You have Bill Russell, you have Wilt Chamberlain, you have Dr. J, you have Moses Malone, you had Larry Bird, Magic [Johnson], you had [Michael] Jordan, you had Allen Iverson, Shaq [O’Neal], Kobe [Bryant], and now it’s LeBron’s time.”

"You only get so many players [like him]… He's a once in a lifetime type player that's gonna be mentioned with the greats and mentioned as *the* greatest."@TomerAzarly caught up with new Lakers coach Darvin Ham on LeBron James' extension 💰 pic.twitter.com/HnN1XOajwr

LeBron James’ two-year, $97.1 million extension will give him a total of $528,992,480 in guaranteed money earned throughout his playing career, surpassing Kevin Durant’s $498,688,653 and making him the highest-paid player in NBA history. The deal also means that James is likely looking to end his basketball playing career in Los Angeles.

LeBron James and the Los Angeles Lakers have agreed to a 2-year, $97.1 max contract extension, per @ShamsCharania.

James is signed with the Lakers through the 2024-25 season. pic.twitter.com/J7IKTiOfJ5

“It’s once-in-a-lifetime type player that’s gonna be mentioned with the greats and mentioned as THE greatest,” Ham continued. “The things that he was facing coming out of high school and things he had to endure and conquer. He’s passed all tests with flying colors.”

Of course, that means Ham is joining the City of Champions just one year removed from helping Giannis Antetokounmpo and the Bucks to their own title in 2021. Having coached both, Ham says he sees no significant difference in Giannis and LeBron James.

Darvin Ham will be coaching a Lakers team that’s coming off a disappointing, injury-riddled campaign in 2021-22. The team has reportedly been active in trying to trade guard Russell Westbrook, who did not fit in at all with the Lakers last year. Ham, however, has repeatedly said he has plans to make Westbrook fit as a featured part of his team.

If that wasn’t enough to deal with, the Lakers just traded for guard Patrick Beverley — someone Westbrook has had repeated run-ins with.

And yet, Darvin Ham remains cool, calm, collected, and focused on the task at hand. How does he do it?

“My upbringing,” Ham explained to ClutchPoints. “I come from Michigan. Anybody from Michigan, the Rust Belt, the middle class helped build affluent African-Americans. You come from that type of background, anything that was thrown at you in terms of the turbulent days of the ’80s and the influx of drugs and guns and all of that and everything that we’ve been through in fighting for our rights, [you could handle].

“My parents were keen on educating my older brother and my younger sister about who we are as people and represent your name and represent it effectively. Don’t worry about what the world’s gonna do to you. You’ve got God on your side.”

As soon as Ham was hired by the Lakers, a photo from the 2003-04 NBA season began circulating. The photo was of Darvin Ham, then a member of the Detroit Pistons, defending rookie LeBron James, then with the Cleveland Cavaliers, on a post-up.

James dropped 43 points, 6 rebounds, 5 assists, and 3 steals on 68% FG in a win vs. Ham and the Pistons. pic.twitter.com/TczqdjJKgL

When asked about the first thing that comes to his mind when seeing the photo, Ham kept it simple.

The Lakers will certainly be looking to do a lot of growing this season as they begin the hunt for NBA championship No. 18. As with most teams, a lot of their success will come down to the health of their stars — namely LeBron James and Anthony Davis. If they can stay healthy, any team with James has a shot at making some noise in the postseason.