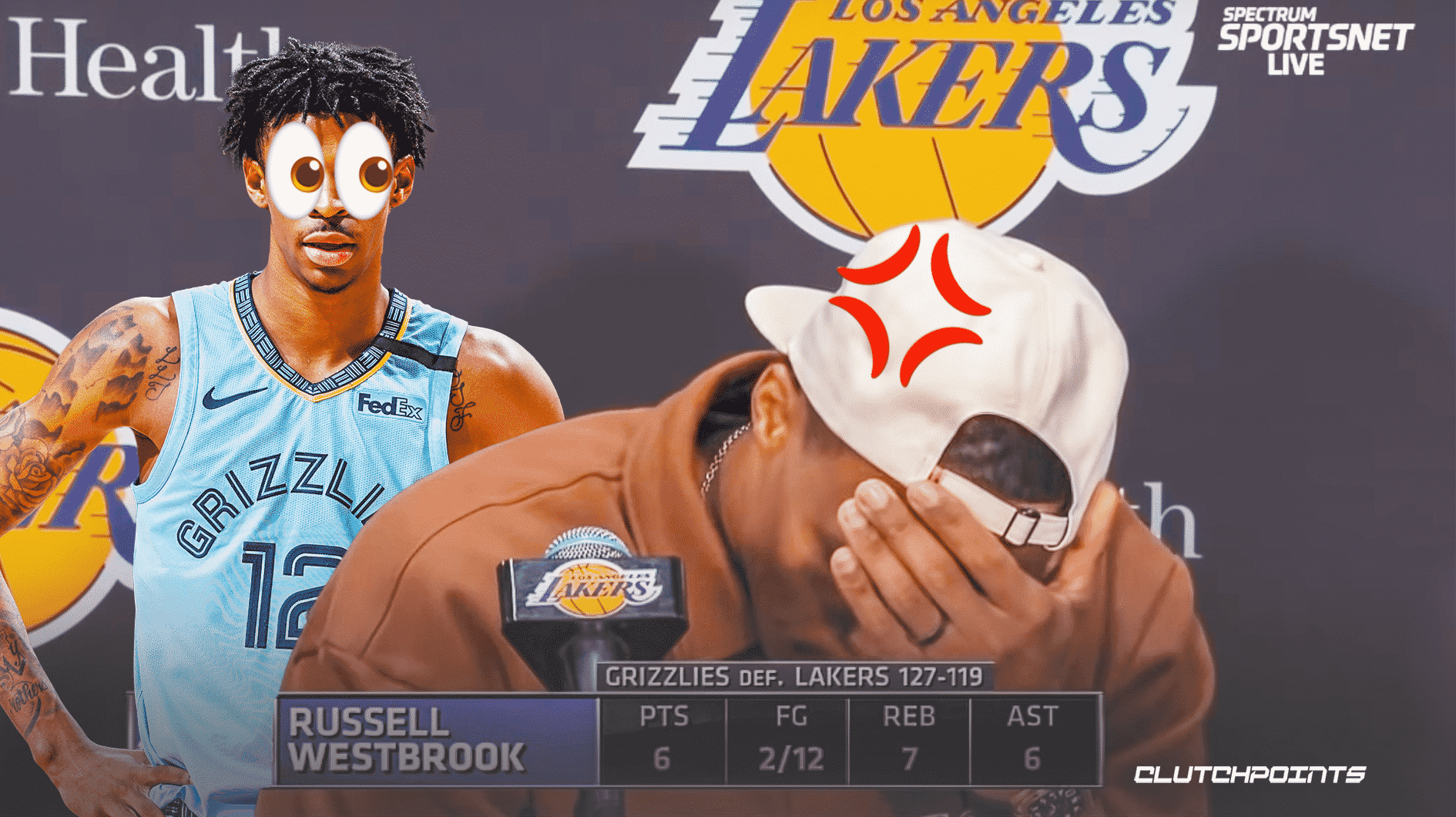 The Los Angeles Lakers were riding high on their four-game winning streak up until they faced an even hotter Memphis Grizzlies squad.

Ja Morant and the Grizz snapped the Lakers’ recent run of success to win their ninth game in a row, the longest active winning streak in the NBA today. The result was an absolute demolition that was much more lopsided in Memphis’ favor than the 127-119 final score suggests, as the Lakers found themselves down by as much as 29 midway through the final frame.

Russell Westbrook was clearly in no mood after the loss. The Lakers guard had his worst scoring game while wearing purple and gold, scoring a season-low six points on a miserable 2-for-12 shooting from the floor.

When asked a question about Ja Morant after the game from a “point guard’s perspective”, Westbrook seemed to give a sarcastic groan while muttering “that’s funny” under his breathe.

Russell Westbrook laughs when a reporter refers to him as the Lakers point guard and goes quiet when he’s asked how he feels about the team pic.twitter.com/NgKqO4D4mY

Westbrook sounds like he has some serious gripes about being consider the Lakers’ true point guard. While he’s listed as the PG on the box score, he’s obviously not being used as the ball-dominant lead guard that he’s used to playing as throughout his career.

When you’re teammates with LeBron James, you kind of have to defer to him as the de facto point guard – even when he’s starting at center.

Judging from the rest of the Lakers postgame presser, clearly Russell Westbrook was not in a good mood. It’s hard to blame him for not being in high spirits after getting embarrassed by a Western Conference rival on your own home floor. But seems as though there’s something else festering underneath the surface for the Brodie.