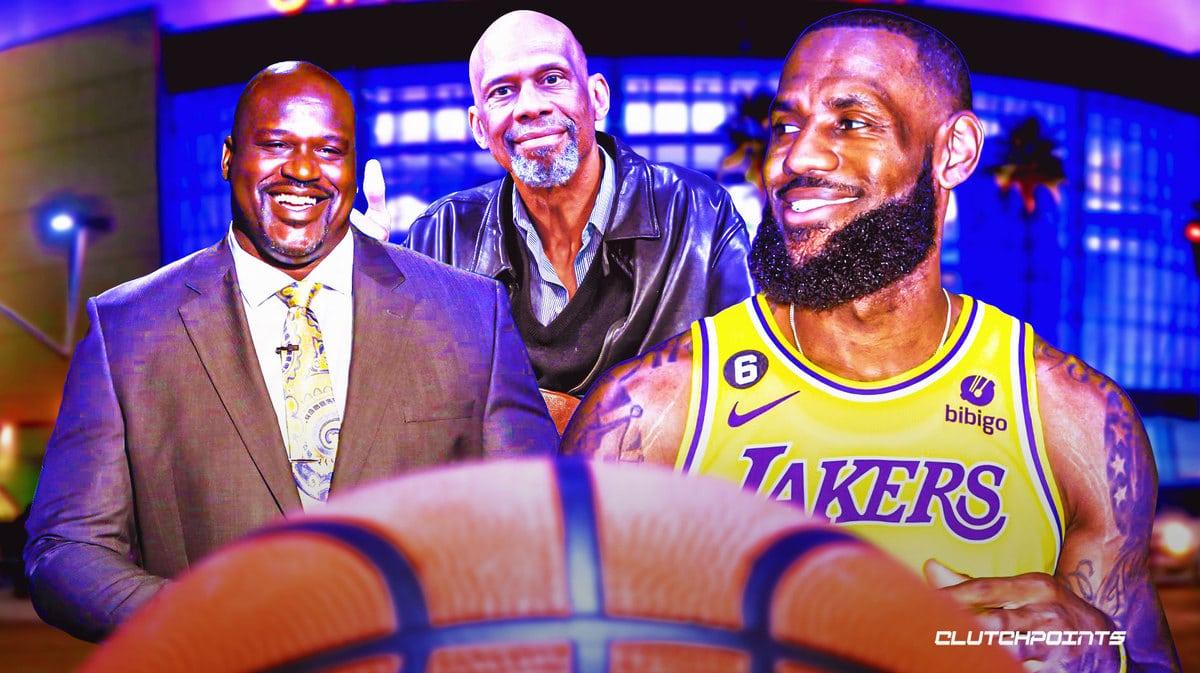 LeBron James is closing in on one of the most storied records in NBA history: Kareem Abdul-Jabbar’s scoring record. The Los Angeles Lakers’ superstar needs just 1,325 points to become the league’s all-time leading scorer. Basketball fans everywhere are anxious to see when he pulls it off, including Shaquille O’Neal.

“LeBron’s about to do something that hasn’t been done in a long time and I think he will put his move up there,” Shaquille O’Neal said. “To pass up Kareem Abdul-Jabbar, I can truthfully say I’m jealous of that feat.” Although he said that Michael Jordan is the greatest player ever in his eyes, he had plenty of praise for LeBron James and the record he is about to break.

Throughout his career, O’Neal made a big deal of carrying the torch of the star big men of the past. For him to feel jealous about LeBron James passing the all-time record is not surprising, even though his admission to it is.

Barring injury, James could potentially surpass the record a little past the midway point of the season. He could do so even sooner if he goes on a scoring tear like he did last season, when he averaged 30.3 points. O’Neal, who is eighth all-time in total scoring, will be watching closely as his fellow Lakers icon chases one of the most heralded accomplishments in basketball, if not all of sports.

As LeBron James enters his 20th NBA season, he has the chance to establish himself as the true scoring king of basketball. On top of the Lakers’ quest to re-emerge as a playoff team, that will be one of the key storylines of the season.