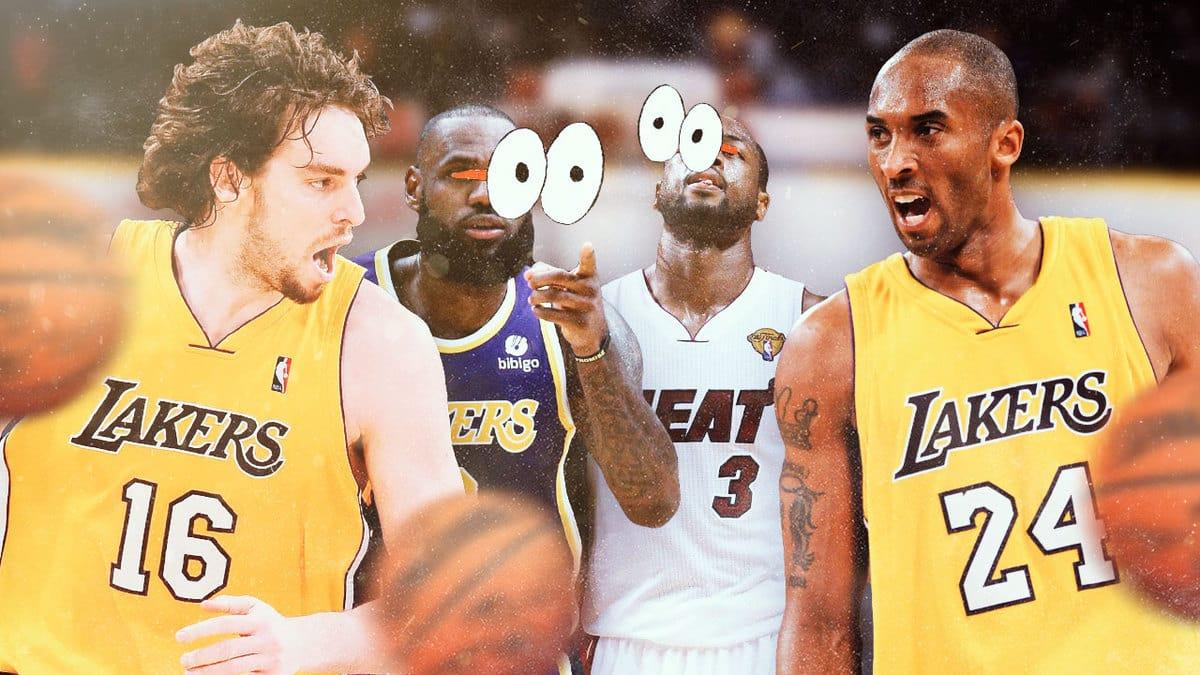 LeBron James and Dwyane Wade are releasing a documentary about the 2008 US Men’s Olympic Basketball Team. The documentary will be called the ‘The Redeem Team’ and will be released on October 7th to Netflix. The doc is set to include archived footage of Kobe Bryant interviews. One video surfaced on Saturday of Kobe discussing Paul Gasol.

Dwyane Wade & LeBron James detail how Kobe set the tone for the whole game vs. Spain with just one play 🔥pic.twitter.com/vyW8Vuvb4p

“We’re like brothers,” Bryant said in reference to his relationship with Paul Gasol. “We’re very close. And I’m very happy for him that he’s playing well. Yeah, I mean, we’re very tight so it’s a little tough to compete against him.”

Kobe Bryant and Pau Gasol were teammates in Los Angeles with the Lakers. But they were opponents during the 2008 Olympics. Many considered Spain to be USA’s biggest threat. Kobe and the ‘The Dream Team’ were the favorites, but Paul Gasol and Spain featured upset potential without question.

LeBron James revealed what Kobe Bryant said prior to the game to the U.S. team.

“Kobe said he is going to set the tone at the start of the game,” James said. “And he said ‘I’m running through Pau’s f**king chest.”

“‘First play of the game, I’m runnin’ through Pau Gasol,'” Wade said in reference to what Kobe Bryant proclaimed prior to the USA-Spain game. “We was like, ‘what?'”

Sure enough, as shown in the video posted above, Bryant ran right through Paul Gasol.

Pau Gasol explained that Kobe Bryant was trying to send a message to his own team. Gasol said that Kobe felt that by running Gasol over, it would send a message that Bryant strictly cared about winning regardless of the opponent.