Hamilton, a seven-time Formula 1 world champion, will be a part of the new Walton-Penner family ownership group, the Denver Broncos announced on Tuesday.

“We’re delighted to welcome Seven-Time Formula 1 World Champion Sir Lewis Hamilton to our ownership group,” according to the Broncos. “He is a champion competitor who knows what it takes to lead a winning team and a fierce advocate for global equality including in his own sport.”

“With over 100 race wins, Lewis is considered the most successful F1 driver of all time. His resilience and standard of excellence will be an asset to the ownership group and the Broncos organization.”

When the NFL Finance Committee formally approved Rob Walton and the Penners’ $4.65 billion acquisition to the NFL owners last Wednesday, that was another step closer to them taking over the ownership of the Denver Broncos.

On Tuesday, August 9, the 32 NFL owners will vote in a special league meeting, during which the committee will provide its recommendations to all 32 teams.

“We're delighted to welcome Seven-Time Formula One World Champion Sir @LewisHamilton to our ownership group. He is a champion competitor who knows what it takes to lead a winning team.”

Statement from Rob Walton on behalf of the Walton-Penner Family Ownership Group: pic.twitter.com/kl2z04lKyk

Along with Greg Penner, Mellody Hobson and Condoleezza Rice make up the new ownership group of the Denver Broncos, which also includes Walton, his daughter Carrie Walton Penner, and their son-in-law.

Hobson, 53, serves as co-CEO of Ariel Investments and chairperson of Starbucks. George Lucas, the creator of Star Wars, and she are married.

For his part, Lewis Hamilton will have a net worth of $285 million in 2022. He has played a significant role in growing Formula 1’s worldwide fan base during his career. This is largely due to his accomplishments outside of the sport. His advocacy work, activism, and media appearances are a few of these.

Lewis Hamilton was born in 1985 to Anthony Hamilton and Carmen Larbalestier. He was 2 years old when his parents divorced. Up to the age of 12, he resided with his mother and half-sisters before moving in with his father, stepmother, and half-brother Nicolas.

Speaking of his advocacies, Hamilton has been an outspoken backer of the Black Lives Matter movement. Along with kneeling and donning a shirt with the message, he has also openly chastised other well-known Formula 1 individuals for being mute on the subject.

He also established The Hamilton Commission with the Royal Academy of Engineering in order to encourage more diversity in racing. Hamilton created the commission to encourage young people from black backgrounds to pursue professions in engineering or other engineering-related fields.

People consider the 37-year-old as the wealthiest British sports figure. On Forbes’ list of the highest-paid athletes in the world in 2021, he was rated seventh in terms of earnings. Additionally, he most recently agreed to a two-year contract with Mercedes in 2021. This guarantees that their legendary alliance in Formula 1 racing will continue through 2023.

Hamilton also received a knighthood on top of everything else in 2021. 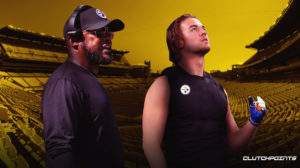