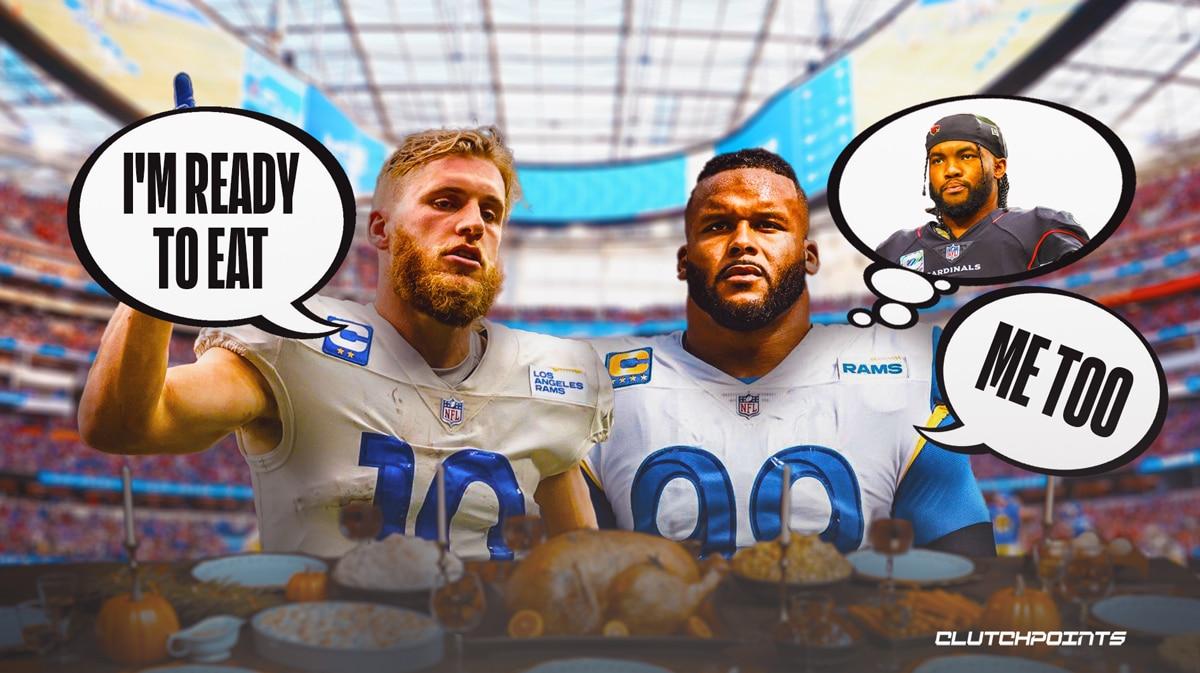 The weekend is getting closer and closer, which means it is time for some Los Angeles Rams Week 10 bold predictions. They will return home to host the Arizona Cardinals at the SoFi Stadium on Sunday.

Following a historic 2021 season that culminated in a Super Bowl title, the Rams are struggling in 2022. The team is just 3-5 and third in the NFC West with a real chance of missing the postseason.

Similar to Los Angeles, Arizona is failing to meet its expectations. Last year, the team finished 11-6 and made the playoffs, losing to the eventual champion Rams in the Wild Card round. In 2022 so far, the Cardinals are only 3-6 and at the bottom of their division.

With both teams still hoping to turn their seasons around, this NFC West clash is the perfect opportunity to do so. With that being said, here are three bold predictions for the Rams as they face the Cardinals in Week 10.

One of the best defenders for the past decade in the NFL, Aaron Donald is not showing any signs that he is slowing down. The defensive tackle has 35 total tackles this season, with 19 of them being solo. He also has recorded eight tackles for loss and, most importantly, 5.0 sacks, both the highest marks on the team.

If the numbers indicate something, Donald should have another strong performance on Sunday. Arizona is in the bottom 10 in the NFL with 25 sacks allowed. It is also in the bottom five with sack yards as the team has lost a total of 194.

For comparison, quarterback Kyler Murray was sacked 27 times in 16 games two seasons ago. In 2022, he is close to matching this number with eight games remaining on Arizona’s schedule.

The bold prediction is that Donald will make his presence felt right away, making Murray’s day more complicated. Fans can expect the three-time Defensive Player of the Year to sack Murray at least twice on Sunday.

2. Cooper Kupp finishes with 100+ receiving yards on at least 10 receptions

The most prolific offensive weapon for the Rams last season, Cooper Kupp is having another solid season. The wide receiver finished 2021 with the receiving triple crown. He led the league in receptions, receiving touchdowns and receiving yards. While he might not repeat this feat, the Super Bowl MVP is nevertheless carving his name as one of the best wideouts in the NFL.

In 2022, Kupp has caught 72 passes on 93 targets for 813 yards and six touchdowns. He is in the top five for all those categories. Notably, he is showing his presence on the ground as well. Kupp has nine carries for 52 yards and a 20-yard touchdown, the first rushing score of his career. All those rushing numbers are already career-bests despite still having a lot of football ahead of him this season.

But his receiving abilities should be the X-factor on Sunday. Arizona allows opponents to complete 68.6% of their passes, the third-worst mark in the league. It has also allowed 16 passing touchdowns, tied for second-worst in the NFL this year.

Because of that, this is a good situation for quarterback Matthew Stafford and Kupp. Expect the wideout to lead both teams in targets, receptions, receiving yards and receiving touchdowns. The bold prediction is that he will finish the day with at least 10 catches for 100-plus yards.

1. Los Angeles wins by one score

This will be the second time Los Angeles and Arizona face each other this season. In Week 3, the Rams ended up winning 20-12 on the road. In that game, Los Angeles’ defense notably shut down Murray and Arizona’s offense, who were limited to just four field goals.

Even though the offense was not on its best days, the defense by the Cardinals had a solid showing. They did not allow a passing touchdown, limiting Kupp to just 44 receiving yards out of six targets. The difference came on two scores on the ground by the Rams. For the season, Los Angeles has the second-fewest rushing yards with 547.

Based on what happened earlier in 2022, this game should be a close one. According to FanDuel, the Rams are the favorites to win this contest. However, the spread is only -1.5.

With both teams playing in the same division, there is a lot at stake on Sunday. A loss could mean the end of any postseason hopes, while a victory could motivate either team moving forward this season.

All things considered, the bold prediction is that the Rams will end up winning by one score. It will either come down to a game-winning drive by Stafford with great help from Kupp or a big stop by the defensive unit led by the veteran Donald.