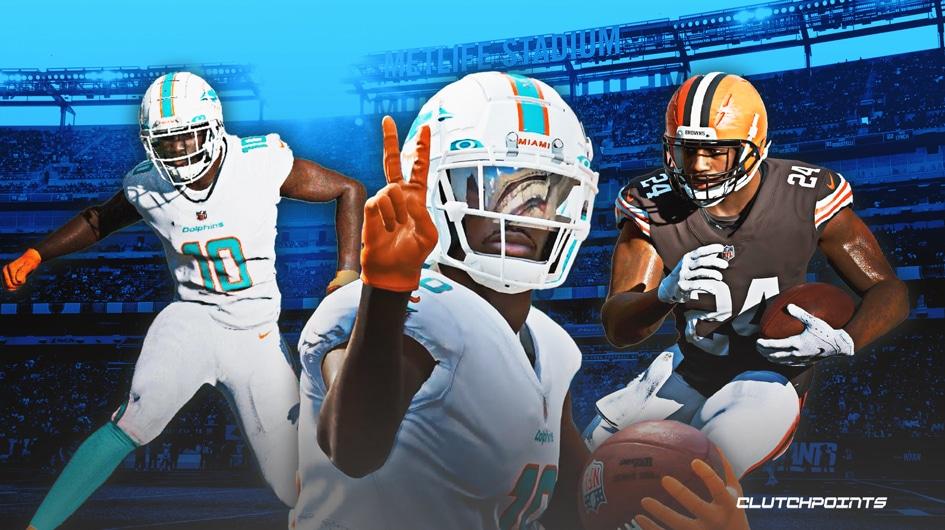 It is August, which means it is officially the start of the traditional #MaddenSZN. One of the biggest gaming franchises ever, Madden NFL 23 launches worldwide this month on the 19th, with some getting access three days early with EA Play or Xbox Game Pass Ultimate.

Of course, Franchise mode is back. The mode will feature some new updates, including Free Agency and Contract enhancements, the Hub, Trade Logic and Scouting improvements. The game as a whole will also feature the brand new FieldSENSE Gameplay System, granting players more control over all positions in every mode.

Those are just some of the many updates and enhanced technological advancements featured in the new Madden NFL 23 edition. However, one of the oldest problems in the Franchise mode was quietly fixed by EA Sports and could be one of the game’s best updates for the upcoming year.

The fix will likely make the free agency process more realistic and avoids that it becomes an eBay-esque negotiation.

What the problem was and how it affected the game

Free agency is broken into several phases in Madden’s Franchise mode. At a certain point, the entire league advances from one phase to the next. It makes free agents, who are controlled by the system, to pick their new teams based on the contract offers that they like the most. In other words, the one with the highest amount of dollars.

There is a scheduled time when the phase moves on to the next one. However, as teams have access to what the players think about the offers and even the conditions of them, they can simply offer a slightly better contract at the very last minute with the certainty that the free agent will accept it. Just like eBay, teams will guarantee their preferred players just by knowing exactly what other teams offered to them.

Additionally, when placing an offer, teams can see where it lands on the list of preference of the players. The color-coded bar would indicate that preference, with a greenest, longest bar representing the respective team that would end up signing the free agent in question. As long as fans had the cap space, they could simply wait until the very last seconds to offer a slightly better contract and, just like that, the player would come their way.

Prior to Madden NFL 23, there was no other way of going around that problem and fixing it.

What the solution is and how it makes the game better

Following a deep dive video released by the official EA Sports Madden NFL YouTube channel, people noticed the Franchise mode had a small but impactful change that would resolve the free agency issue of bid sniping in the last moments of the phase.

In Madden NFL 23, fans are unable to see others’ bids in the free agency period. It is also not possible to see where the offer lands in comparison to other teams’ anymore. Without those, teams will have to offer contracts based on what they believe is a fair offer to the free agents, and then hope they are appealing enough to bring them to their rosters.

Madden 23 Guide: How to update roster in Madden 23

Now, instead of the eBay auction-like mode, teams will have to really be willing to make investments in hopes to outbid the others who are pursuing that free agent. This also gives a chance to fans to have a more challenging free agency period, because they will have to really make smart offers instead of simply waiting until the last minute and offering a contract they know the player will accept.

Additionally, there are new factors that play significant parts in negotiations. The chances of making to the Super Bowl, if it is a big market team and the proximity to home are some of those factors that can make or break the chances of signing a high-caliber player.

The new update also gives a more realistic energy to the game. In the real life offseason, front offices do not have the exact terms of a proposed deal from other teams and neither know exactly what the player is feeling about that contract. They also do not have the opportunity to jump in at the moment the player is about to put the pen on paper and outbid the other team’s offer.

The change can also provide risk to the team because they might draft, waive or let players walk in free agency in hopes of saving some cap space to sign their favorite player, but these moves might be in vain since they won’t have a guarantee they will snag the player. As frustrating as it can be, it makes the game more realistic and gives them a chance to really feel like a general manager in the NFL.

Overall, the change provides a more realistic free agency that allows fans of the game to really step into the shoes of an NFL executive. Now more than ever in Madden NFL 23, strategy will be key to a successful team in the Franchise mode.