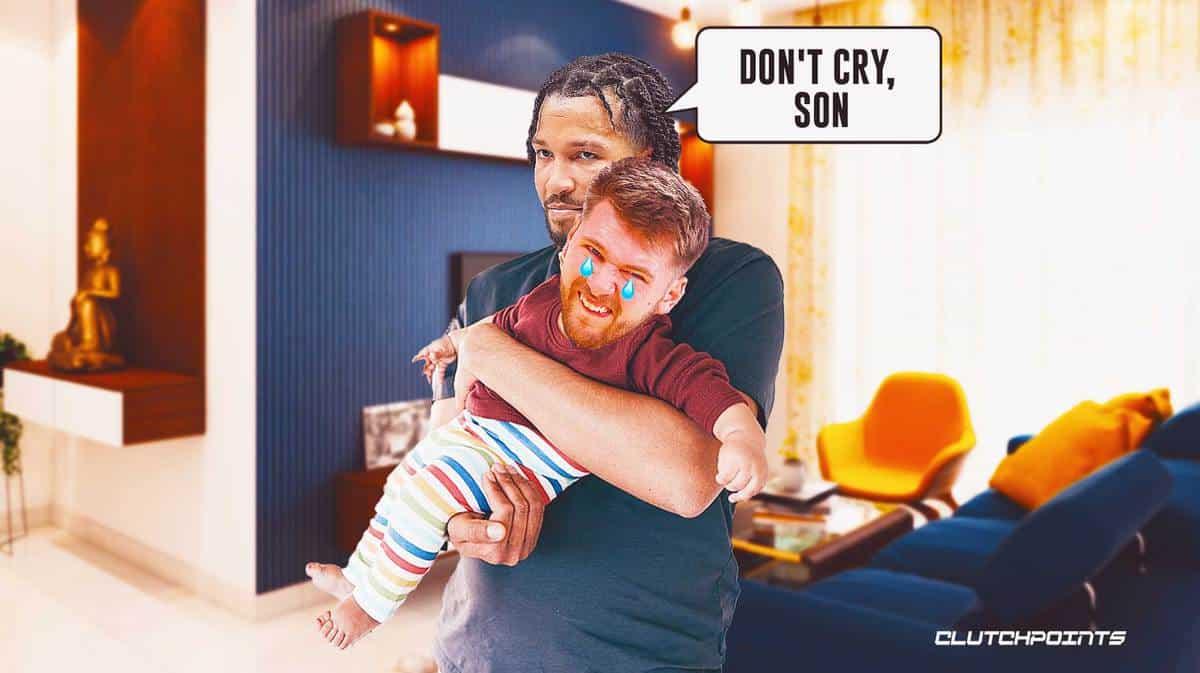 Luka Doncic wore a custom Philadelphia Eagles jersey on Saturday ahead of the Dallas Mavericks’ showdown with Jalen Brunson and the New York Knicks, but he asked photographers not to take a picture of him because he’s so embarrassed by it.

The said Eagles jersey has the words “JB Son” written on the back. And sure enough, Doncic didn’t like it one bit. In fact, he said “I hate this s**t” while revealing the reason for wearing the attire.

According to the Slovenian wonderboy, he lost a bet against Brunson when the Dallas Cowboys lost to the Philadelphia Eagles early this 2022 season, per Callie Caplan of the Dallas Morning News. JB is a huge Eagles fan, while Luka naturally supports the hometown team.

It’s not the first time that the two made such bet. Back in 2020 when Brunson was still with the Mavs, he wore a Cowboys jersey with “Luka’s Son” written on the back. Unfortunately for Brunson, unlike Doncic who asked not to be photographed, he was caught on camera wearing it.

The Mavs may have beaten the Knicks in a 121-100 blowout win on Saturday, but Luka Doncic is not one to easily forget a loss–especially one off the court. With that said, he shared that he and Jalen Brunson will have another bet for the next Cowboys-Eagles game.

Interestingly, the Cowboys play the Eagles again on December 24, just three days before the Mavs face off against the Knicks once again. That is certainly enough time to make a custom jersey for the loser of the ongoing hilarious challenge between the two former teammates.