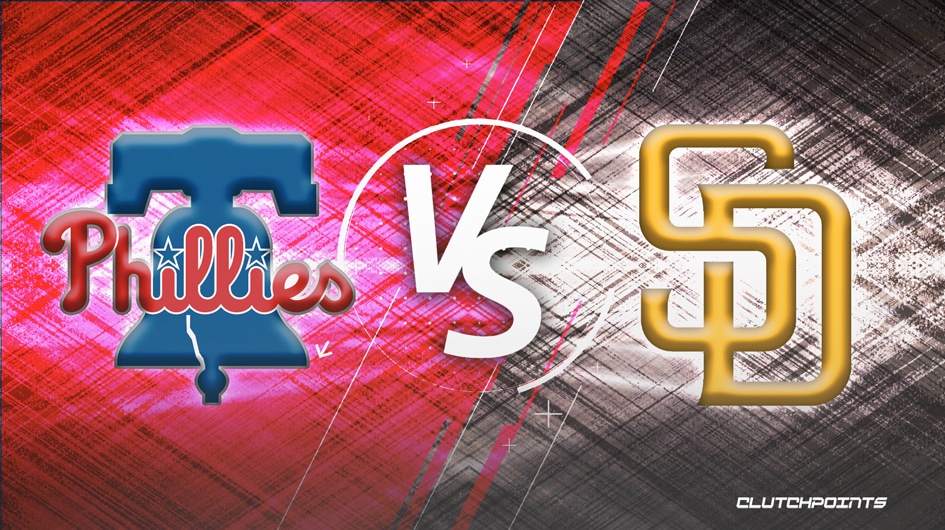 The Philadelphia Phillies will attempt to win the four-game series as they face the San Diego Padres in the finale at Petco Park on Sunday. It’s time to continue our MLB odds coverage with a Phillies-Padres prediction and pick.

The Phillies defeated the Padres 4-2 on Saturday. It was scoreless going into the fifth inning when J.T. Realmuto approached the plate. Then, he crushed a solo shot to deep left. It was his 5th in 2022, giving the Phillies a 1-0 lead. The Padres trailed 3-0 in the bottom half of the inning when Jorge Alfaro clipped an RBI double to deep-center to cut the deficit to 3-2. However, it was all the Padres could muster as they fell short.

Courtesy of FanDuel, here are the Phillies-Padres odds:

Philadelphia will roll with Kyle Gibson on the hill. Gibson is 4-3 with a 4.06 ERA. He went 6 1/3 innings in his last start, allowing three earned runs on seven hits with four strikeouts. Gibson has hit six innings or more in three straight starts. Additionally, he has accomplished the feat in four of five starts. Gibson faced the Padres on May 19. He allowed two earned runs on eight hits with seven strikeouts through 5 2/3 innings. Gibson is 2-1 with a 2.92 ERA in four career appearances against the Padres. However, he has struggled on the road, going 0-2 with a 5.40 ERA in six starts away from home.

The Phillies have three significant sluggers that can help them cover the odds. Bryce Harper, Kyle Schwarber, and Rhys Hoskins are the best sluggers the team has. However, Harper has struggled in this series, hitting .111 with just one run scored. Alternatively, he is batting .300 with 12 home runs, 39 RBIs, and 32 runs scored through 45 career games against the Padres. These stats showcase what he can do against San Diego pitching.

The Phillies will cover the spread if Harper, Schwarber, and Hoskins can produce in the lineup to support Gibson. Additionally, Gibson must pitch efficiently, continuing his run of recent success. The Phillies do not want this game to be close, turning it over to an unreliable bullpen that ranks 19th in team ERA.

The Padres are 3-3 against the Phillies this year, but only 1-2 at home. Likewise, San Diego is 21-15 at home compared to 24-14 on the road. The Padres must play better in front of their fans at Petco Park. They have the pitcher for the occasion.

The Padres will cover the spread if Darvish continues to confuse hitters. Cronenworth and Hosmer must produce to give the Padres a fighting chance.

Gibson is streaky, and Darvish is amazing. However, the Padres still do not have their big bats and that cancels everything out. Expect a lower-scoring game.