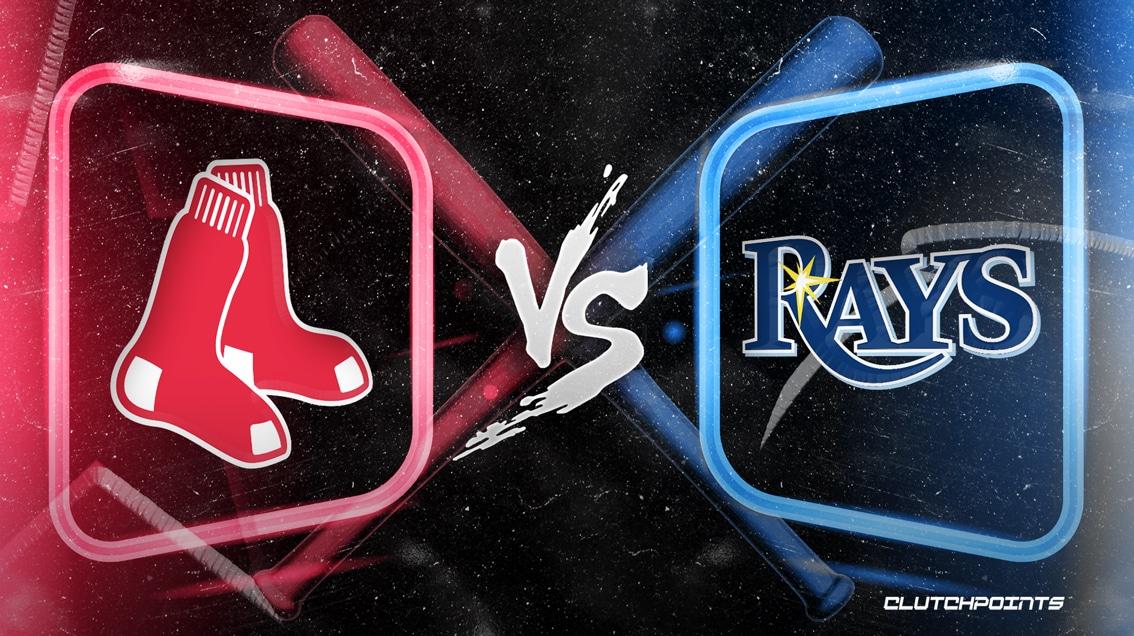 With only one month remaining in the regular season, the Boston Red Sox take on the Tampa Bay Rays in a highly anticipated AL East battle. Join us for our MLB odds series, where our Red Sox-Rays prediction and pick will be made.

Winners in five of their last six contests, the Red Sox enter this Tuesday evening matchup with not a whole lot of wiggle room for the rest of the season. After losing the opener to the Rays by a score of 4-3, the Red Sox are desperate to get back on track. The Red Sox remain a hefty nine games out of playoff contention as their playoff dreams continue to slip mightily with each passing day. Regardless, Boston will attempt to take things day by day as they will send out the lefty veteran in Rich Hill, who is 6-5 with a 4.52 ERA.

As for the Rays, the Tampa-based organization is right in the thick of the playoff race and has even fought their way to being a force in the division after the Yankees have been more than lackluster of late. Since they only trail New York by five games in the division and are the top team in the Wild Card race, there are numerous ways the Rays can reach the postseason in 2022. On the mound for Tampa Bay will be RHP Drew Rasmussen, who is 9-4 with a 2.70 ERA in his 23 games started throughout the season.

Here are the Red Sox-Rays MLB odds, courtesy of FanDuel.

Without a doubt, the 2022 regular season has been a massive disappointment for this usually proud and storied organization. Since the start of the century, Boston has secured three world championships and has also reached the postseason four times during that span. This year, the world has turned upside down on the ‘Sox. With only 26 games remaining on the scheduled slate, Boston can’t afford many more losses or else they will be trying to sneak in a few more tee times before the crisp weather of the northeast arrives in the coming months.

While saving their season will certainly be an uphill climb the rest of the way, there is no doubt the Red Sox can at least cover the spread against their rivals in the Rays on Tuesday evening. For starters, this Red Sox crew has been hot of late as they recently were in the midst of a five-game winning streak before falling short to Tampa Bay yesterday. These are the types of stretches that Boston needs to have more of before time runs out on its 2022 campaign. Regardless, even though the ‘Sox only mustered up three runs yesterday, they had previously scored 34 runs (6.8 runs per game) during their winning skid. Jumping on the Rays early and often offensively will prove to be very important for this squad later tonight.

Additionally, when the 42-year-old in Hill last faced off with the Rays on Aug. 27th after recording seven shutout innings, he whiffed eleven batters while only surrendering three hits in the contest. A repeat of this would do wonders for this club in trying to earn a spread-covering victory to keep their season alive.

Unlike Boston, the Rays are right where they want to be. Yes, they would probably prefer to be at the top of the throne in the AL East, but there have been a few teams around the league that have played as well as Tampa Bay down the stretch.

In the Rays’ 4-3 victory over the Red Sox, Tampa Bay did an excellent job in being resilient. This couldn’t be more true when the Rays were down 3-1 during the third inning only to score three unanswered runs to eventually come out on top. After spending his entire nine-year career in the National League, the Rays nabbed OF David Peralta from the Diamondbacks prior to the trade deadline and has been a major contributor for this team with postseason play lurking. In 26 games with the Rays, Peralta has hit .284 with 10 RBIs. With a hot stick, it would not be a surprise whatsoever if Peralta played a big role in helping his squad cover the spread on Tuesday.

Of course, no player within this clubhouse may be as important as the hurler himself in Drew Rasmussen, who surprisingly has only squared off with the division foe Red Sox one time coming on July 14th. In that outing, Rasmussen received a no-decision after surrendering three hits on four runs in six innings pitched. While it wasn’t the most dominant outing, the 27-year-old twirler owns a 2.91 career ERA against the Red Sox and will serve as a detrimental part in the Rays’ pursuit to come out on top in back-to-back nights.

This matchup will be of utmost importance to both sides, but the Rays are simply the better team and pick here.