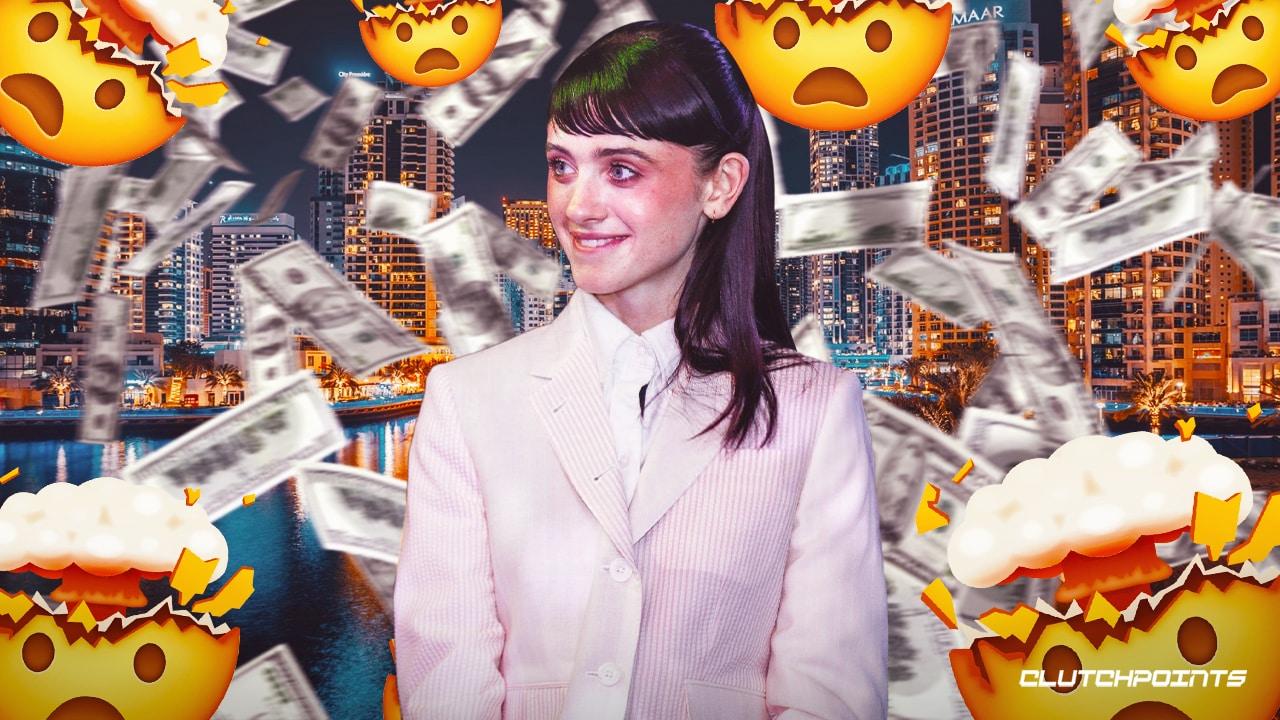 Natalia Dyer’s net worth in 2022 is $4 million. This is according to reputable outlets such as Celebrity Net Worth.

Natalia Dyer was born in Nashville, Tennessee. She studied at Nashville School of the Arts. Dyer initially did sports. However, after an ankle injury, she became open to acting. Around this time, Dyer joined the acting club and was active in community theater. After graduating high school, Dyer went on to attend New York University, specifically at the Gallatin School of Individualized Study.

While doing her studies, Dyer also pursued an acting career. She made her screen debut in 2009 in the film, Hannah Montana: The Movie, appearing alongside star actress and singer Miley Cyrus.

Aside from Hannah Montana, Dyer would go on to play more minor screen roles. She appeared on the big screen in films such as The Greening of Whitney Brown, Blue Like Jazz, Don’t Let Me Go, After Darkness, I Believe in Unicorns, Long Nights, Short Mornings and many more. Dyer also nabbed roles in short films such as Too Sunny for Santa, Yes, God, Yes and After Her.

Although she consistently appeared in movies, Dyer’s breakthrough came in 2016 when she was cast in the Netflix series Stranger Things.

Playing the character of Nancy Wheeler, Dyer has helped the show become a global phenomenon. In season one, the show collected an average of 14.07 million adult viewers within the span of 35 days. This ranked Stranger Thingsthird in history for the most-watched debut season of a Netflix original series. And during the premier week of its Season Four edition, Stranger Things made history by breaking the record for the most viewed show in a week among Netflix English Language TV series.

Through four seasons, Dyer should have accumulated approximately $4.6 million from Stranger Things. With Stranger Things set for season five, Dyer can potentially earn another $2 million.

Dyer also earned roles outside of Stranger Things under Netflix. She starred in the 2019 film, Yes, God, Yes, which was the film adaptation of the short Dyer also starred in. Dyer would also appear in Netflix films Things Heard & Seen and Velvet Buzzsaw, which saw her play the role of Coco alongside stars Jake Gyllenhaal and Rene Russo.

Given that Dyer gained popularity due to Stranger Things, she also earned the chance to be in magazine covers for Elle Singapore, Cosmopolitan UK, and Behind the Blinds Magazine. Dyer also had features in Vogue, Flaunt Magazine and The Last Magazine.

At only 27 years old, Dyer already has a respectable net worth. However, that amount could increase more in the future. Aside from the upcoming fifth season of Stranger Things, Dyer is set to appear on the big screen once again in films such as Chestnut and All Fun and Games which are currently in post-production.

Were you at all stunned by Natalia Dyer’s net worth in 2022?