18 former NBA players have been charged in New York federal court in an alleged health care fraud scheme involving the league’s Health and Welfare Benefit Plan, according to Tom Winter and Jonathan Dienst of NBC News. The allegedly fraudulent claims total just under $4 million, with the defendants getting around $2.5 million in fraudulent proceeds. The charged face a count of conspiracy to commit health care and wire fraud.

The list of players charged is truly a who’s who of former NBA role players. Former lottery pick Terrence Williams is allegedly the ringleader of the group, with Memphis Grizzlies legend Tony Allen the most notable former player involved. Allen’s wife, Desiree, is also charged in the indictment and is the only non-former NBA player listed.

Chris Douglas-Roberts getting the “a/k/a ‘Supreme Bey'” on this is quite the touch.

Here are more details on the scheme:

Williams allegedly orchestrated the years-long scheme and recruited other NBA health plan participants to assist by offering them fake invoices to support their allegedly false health plan claims. He is accused of receiving kickback payments totaling at least $23,000 in return for providing the alleged false documentation.

The 34-year-old Williams also allegedly helped three co-defendants — Ronald Glen Davis, Charles Watson Jr. and Antoine Wright — obtain fake letters of medical necessity to justify some of the services on which the false invoices were based.

Williams also allegedly impersonated an individual who processed plan claims at one point in furtherance of his alleged scheme. 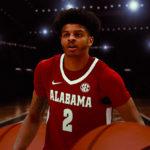 Details emerge on Darius Miles’ role in murder on campus 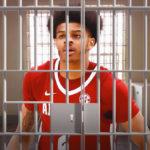 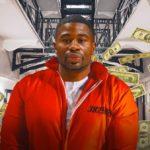 This is an absolutely wild story that continues to develop. There will be a press conference later in the day on Thursday to officially announce the indictment:

*LIVE EVENT* There will be a press conference today at noon to announce an indictment against 19 defendants, including 18 former NBA players for defrauding the NBA’s Health and Welfare Benefit Plan out of approximately $4,000,000. livestreamed on Facebook @USAOSDNY pic.twitter.com/TFrp6ayn5g

Stay tuned for more on this story.