Former Chicago Bulls head coach Fred Hoiberg is now looking for his second NBA head coaching opportunity after his initial stint in the “Windy City” was anything but successful.

Nonetheless, Hoiberg recently made a point to note that making a return to the sideline is definitely in the cards, but might not be the only option on the table.

Hoiberg is currently focused on coaching but would welcome an opportunity in an NBA front office as well so it appears.

Either way, it seems as though the former Iowa State Cyclones head coach has the itch to get back into basketball in some fashion. 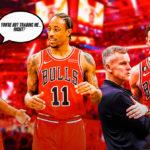 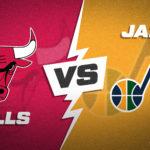 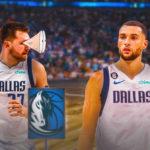 “As a competitor, you get used to that grind,” Hoiberg added. “For the first couple weeks, I didn’t know what to do. I’d get up, my wife would drag me to this yoga class that she does, I’d go have coffee with my wife and her friends and we’d talk about the Real Housewives of something, and I’d go home and take a nap and I’d wake up and go pick up the kids.”

Hoiberg was notably let go by the aforementioned Bulls early on in the 2018-19 regular season.