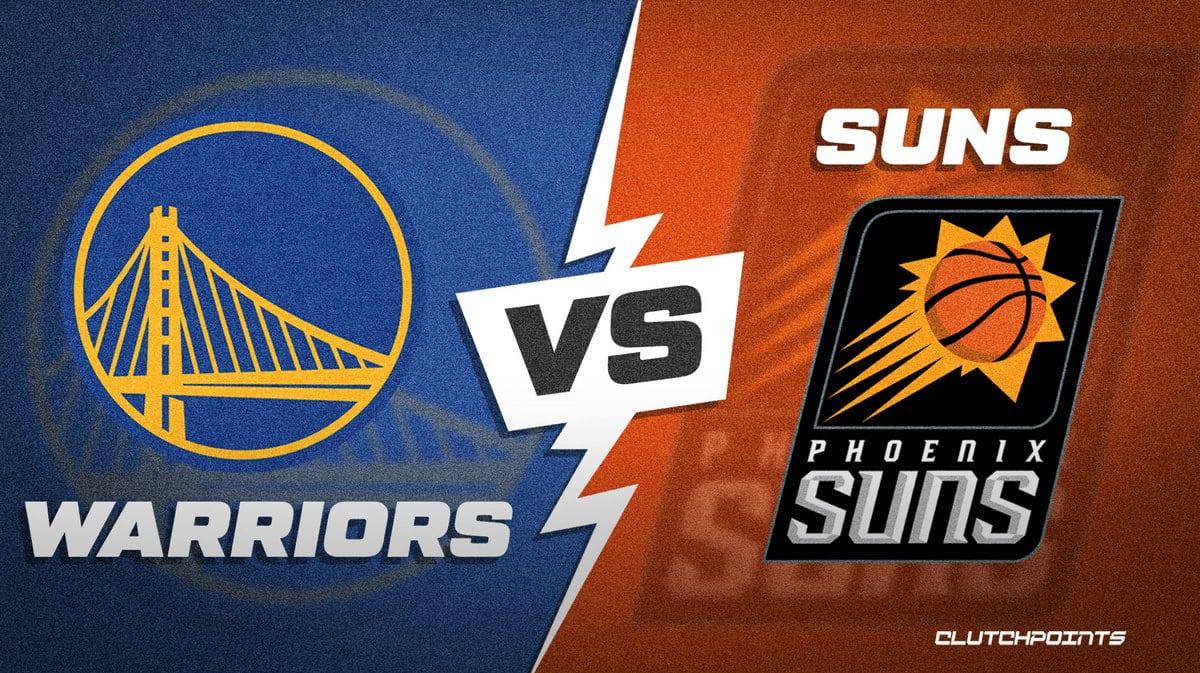 The Golden State Warriors (6-8) face the Phoenix Suns (8-5) on Wednesday night. Tipoff is scheduled for 10 p.m. ET. Below we continue our NBA odds series with a Warriors-Suns prediction and pick.

Phoenix dominated the first meeting between these teams a few weeks back, 134-105. Devin Booker carried the load with 34 points for the Suns, while Stephen Curry scored 21 for the Warriors. Phoenix easily covered the 1.5-point spread.

Here are the Warriors-Suns NBA odds, courtesy of FanDuel

Golden State’s title defense has not gone according to plan yet thus far. The Warriors sputtered out of the gate and notably lose five in a row between Oct. 29 and Nov. 4. They’ve responded well since then, however, by winning three of their last four. After playing their young guys a lot at the beginning of the season, Golden State has relied more on the veterans as of late — notably sending former No. 2 overall pick James Wiseman down to the G League.

Despite their struggles, the underlying numbers still show the Warriors are a good team. Golden State holds the third-highest scoring offense and a top-five team shooting percentage. They’ve been abysmal on defense, however, as they rank 27th in points allowed. Another key reason for their struggles has been their work on the glass. The Warriors have the 28th-worst rebounding differential — something that really stands out when you look at their leading rebounders.

While center Kevon Looney leads the team with 6.9 RPG, Stephen Curry is right behind him with 6.6 RPG. It’s a major problem when your diminutive point guard is among your team’s leading rebounders, but that is the story of Golden State’s season. Steph Curry has absolutely backpacked this Warriors team. He leads the team in scoring with 31.5 PPG and is second in rebounding and assists with 6.4 APG. Despite being the clear No. 1 option, Steph has maintained stellar shooting numbers. Curry is shooting 52.3% from the field and 43.3% from 3-point range on nearly 12 attempts per game. He has been incredible, but if the Warriors are going to cover, he’s going to need some help.

It took until the 14th game of the season, but Steph Curry finally wasn’t Golden State’s leading scorer in a game. Guard Jordan Poole scored 37 points on 65% shooting in the last victory. For the season, Poole averages 17.1 PPG and 4.3 APG, but he has struggled with efficiency. He hasshown signs of turning it around as of late, and his hot play is something worth keeping in mind when making a Warriors-Suns prediction.

Phoenix has had a strong start to the season but has since lost two in a row to the Magic and Heat. Nevertheless, the Suns are in a solid position to be a top seed in the West yet again. Phoenix has excelled this season thanks to an above-average offense (14th in scoring) and elite defense (first in points allowed).

Phoenix has traditionally relied on both guards to be effective, but with Chris Paul in and out of the lineup resting various injuries, shooting guard Devin Booker has had to carry the load. Paul is questionable for this game and would give them a huge boost if he’s available. Regardless, Booker will have to be on his A-game for Phoenix to cover.

Thankfully, Booker has been incredible this season. He leads the team with 26.5 PPG, has contributed on the glass with 4.8 RPG, and helped with the playmaking to the tune of 5.5 APG. Booker has shot the ball well (47.7 FG% and 37.5 3P%) but hasn’t yet had a signature hot streak. That being said, he has a chance to start a streak against a team he has fared well against in the past. In their previous meeting this season, Booker scored 34 points on 10-of-19 shooting.

In what is essentially a pick ’em it blows my mind that Golden State is favored. The Warriors have looked better lately, but the Suns are one of the most consistent teams in the league and have the home-court advantage. Ride the home underdog, especially with the Dubs being winless on the road.