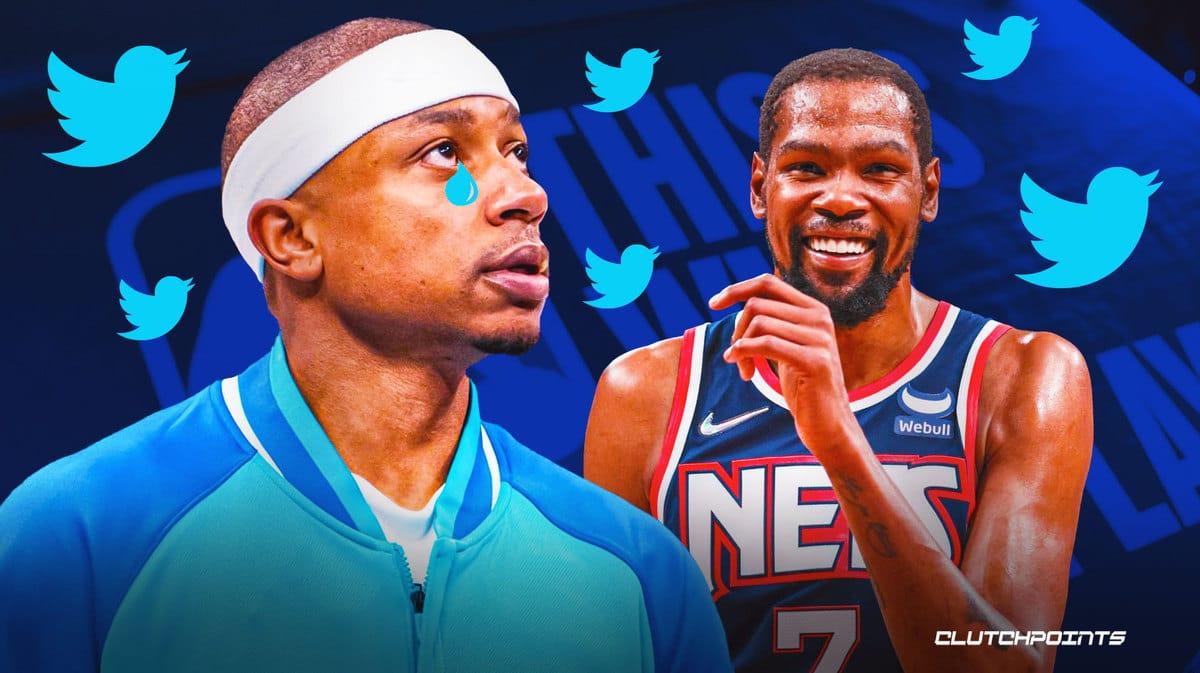 There are only a few remaining big-name free agents out there that are still without a team at this point in the offseason. One of them is former two-time All-Star Isaiah Thomas, who himself recently made headlines after demanding a job now that the Kevin Durant trade saga with the Brooklyn Nets has ended.

Well, Thomas ended up getting more than he bargained for. This is exactly what happened when a parody account of Chinese outfit the Shanghai Sharks of the CBA responded to him in the most savage way possible (h/t NBA Retweet on Twitter):

“We been trying to call you for weeks bro,” the tweet read in response to Thomas’ rhetorically asking if he can sign a new contract now that the KD saga has concluded.

That’s just savage. Thomas has been unable to find a new team this summer, and this particular fan-made account thought that the best route for the 33-year-old would be for him to take his talents abroad.

Last year, IT played for no less than three NBA teams throughout the season. He suited up a total of just 22 times, though, between the Los Angeles Lakers, the Dallas Mavericks, and the Charlotte Hornets. It was Charlotte that gave him a contract until the end of the season, but he was unable to sign an extension with the squad.

It remains to be seen if any team in the league will be interested in signing Isaiah Thomas as a free agent addition this summer or if this clown job of a tweet ends up being somewhat prophetic.