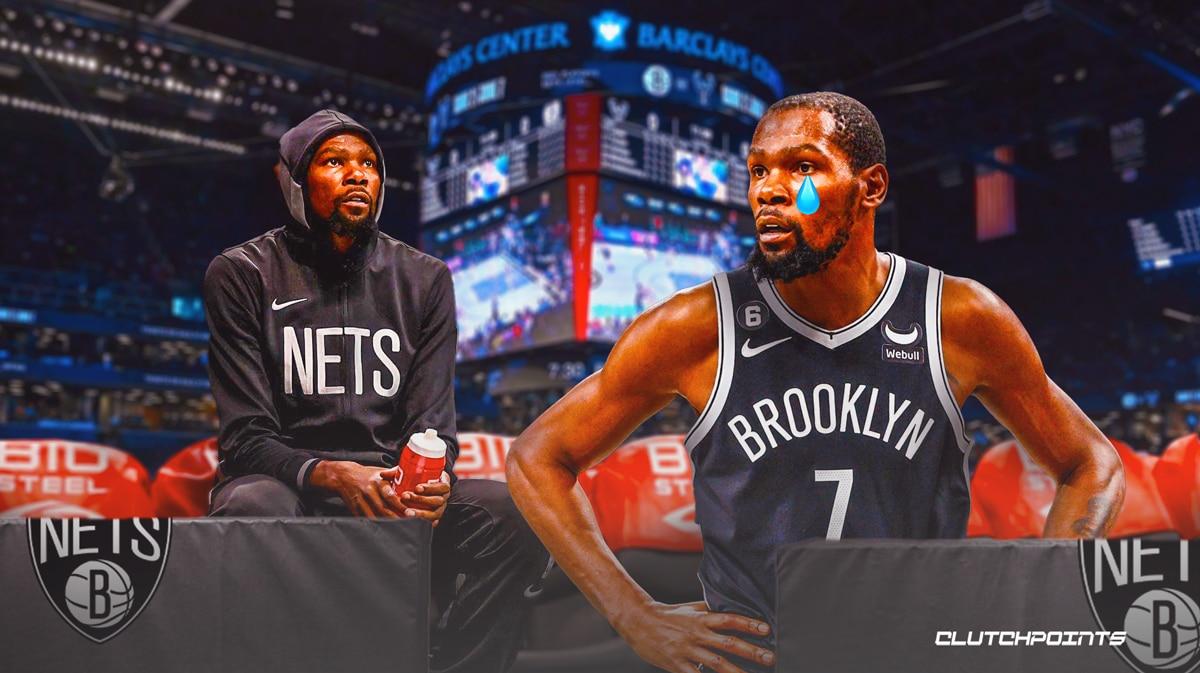 Several problems arise when building an argument for the Brooklyn Nets as title contenders. At the forefront of those is the team’s reliance on Kevin Durant.

The 34-year-old has played every game for Brooklyn this season and is leading the league in minutes by a wide margin. While Durant is having one of the best starts in his career, the former MVP has an extensive injury history that draws concern when assessing his enormous workload.

“It’s not ideal,” Nets head coach Jacque Vaughn said of Durant’s minutes. “While we’re in win-now mode, win today’s game, we are behind the scenes talking about what the stretch looks like beyond tomorrow and beyond the next day. So it is on our minds.”

“We’ll map out some time where we’ll save a shoot-around and maybe not have it,” he continued. “So be strategic that way, but ideally, he wouldn’t be playing this amount of minutes this early, for sure.”

"Ideally he wouldn't play this amount of minutes this early, for sure" pic.twitter.com/bMYycN9wxL

Despite his advanced age, Kevin Durant has been vocal in the past about wanting to be on the floor as much as possible.

“48 per game,” he replied when asked about his desired minutes this season during training camp.

The fourth-year Net has been the one constant in Brooklyn’s sporadic success early this year. Durant has scored 25-plus points in 21 of 23 games. He leads the NBA in field goal percentage (55.3) among players attempting 18 or more shots per game. And he ranks second in true shooting percentage (65.9) among 57 players averaging 14 or more shots, trailing only Stephen Curry (68.8).

Kevin Durant could not be stopped in the @BrooklynNets win:

Although Vaughn said Brooklyn is conscious of Durant’s workload, the head coach won’t have much room to rest his star with Ben Simmons out for a minimum of three games. Yuta Watanabe, who has provided a huge lift while leading the league in 3-point shooting, will also remain sidelined for at least the next week.

The Nets have won six of their last eight and three straight to open a seven-game homestand. Despite a 1-5 start, Brooklyn sits just 2.5 games back of third place in the Eastern Conference. Kevin Durant will look to lead his team up the standings as they play host to Toronto and Boston to close the week.